It is rare when there is a dispute and the 2 contending parties both have completely legitimate and genuine concerns and arguments. But, in the view of Caribupdate Weekly, that’s exactly where we are in the wrangling between the Government of Grenada and teachers, police and state employees represented by the Public Workers’ Union (PWU). And, we believe that unless there is compromise on all sides, unless the rhetoric is toned down, unless mutual understanding prevails, this situation is bound to end badly, especially for some who now have jobs.

State-employed workers, just like police officers and teachers, are demanding that what is duly owed to them — retroactive payments and increments — should be delivered forthwith. They say they aren’t joking either, with their call on government to immediately reestablish a public sector pension plan and to meet pension payment to eligible retired public officers.

To demonstrate that they really do mean business, the PWU organized unexpected three-hour silent protests of nursing professionals last week. And PWU Acting President Rachel Roberts suggested that the government ain’t see nothing yet. “We’re going to be doing this until we hear government listening to us; until we hear some responses from our government,’’ Roberts vowed.

Government, which thought it was headed to a negotiated settlement with PWU employees and other workers, was none too pleased at the protest action. And, instead of talking to each other, the PWU — in a statement signed by Acting President Roberts — and the government — through Health Minister Nickolas Steele — were talking passed each other.

“Government was not informed of a breakdown of any kind before a segment of the leadership of the Public Workers’ Union agitated the walkout,’’ a clearly upset Health Minister Steele told reporters at a press briefing. “However,’’ he continued, “we do recognize that the substantive (PWU) President is away for medical reasons, and in that regard, we want to wish him a speedy recovery. We look forward to him returning soon and joining us at the table. The government is committed to continuing the dialogue with the Public Workers’ Union, as well as the Nurses Association on all matters regarding working conditions of the island’s nurses.’’

The PWU fired back with its release a day later, saying it notes “with great disappointment and dissatisfaction the statements of the Minister of Health’’, and accusing Mr Steele of seeking to “discredit the authority of the Acting President upon whom has been endowed this honour by the constitution and membership of the union’’.

In the ongoing sabre-rattling with Minister Steele, the PWU Acting President implored him to “please make statements that are accurate and informed and stop seeking to discredit the leadership and executive of the union’’.

This situation today in Grenada, in some ways, reminds us of 1981 in the United States of America in a dispute involving air traffic controllers and the federal government. The Professional Air Traffic Controllers Organization (PATCO), then led by Robert Poli as president, was demanding an across-the-board annual wage increase for the controllers. PATCO also sought a reduction of the controllers’ 5-day, 40-hour workweek to a 4-day, 32-hour workweek.

At the beginning of August in ’81, nearly 13,000 controllers walked out after talks with the Federal Aviation Administration collapsed. As a result, about 7,000 flights across the United States were canceled on August 3, at the peak of the summer travel season.

Ronald Reagan, the US President at the time, branded the strike illegal. On 5 August, Reagan fired more than 11,000 air traffic controllers who ignored his order to return to work.

There is no arguing that salaries in Grenada are abysmally low; and it’s certain that our police officers and teachers and public sector workers would welcome, and most are truly deserving, any extra penny they could get. Although, frankly, we remain puzzled at the idea that public workers are automatically entitled to increments each year, whether the country — in the previous year — was in bust or boom. Such a provision, in our opinion, makes absolutely no sense whatever in any impoverished Third World country, where there is minimal economic growth from one year to the next.

So, money for the payout demands must come from somewhere; ideally, from productive sectors of the economy or from an expanded and expanding economy. We believe the days when any Grenada government will borrow money, and in the process increase the national debt, to pay salaries and increments, are over.

In such a scenario, as we pointed out at the beginning of this editorial, we could foresee things ending badly. The country, no doubt, will suffer untold damage if there a mass, prolonged strike by any group of workers. On the other hand, the government, forced into making immediate outlays of millions of dollars in increments, retroactive payments and pensions, indeed may do so. But, as a consequence, it may be left with just one option in meeting its wage bill and other priority expenditures in areas such as health and education.

The only option open to the government might be dismissing hundreds of workers, just as Ronald Reagan did in the US in 1981.

However, there still is an opportunity to avoid either a mass strike or a mass firing in Grenada; but it requires the parties — who all have expressed an interest in a negotiated settlement — putting their words into action, returning to the bargaining table, and being prepared to arrive at a compromise solution. 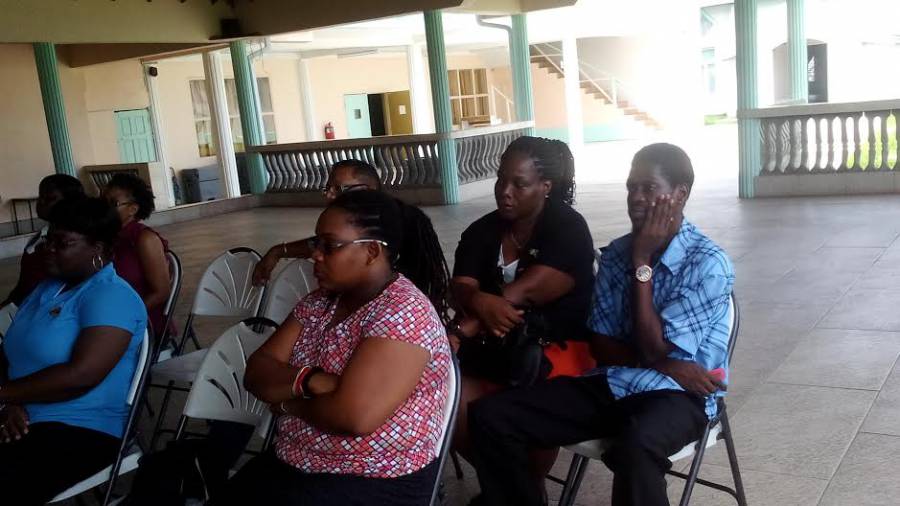