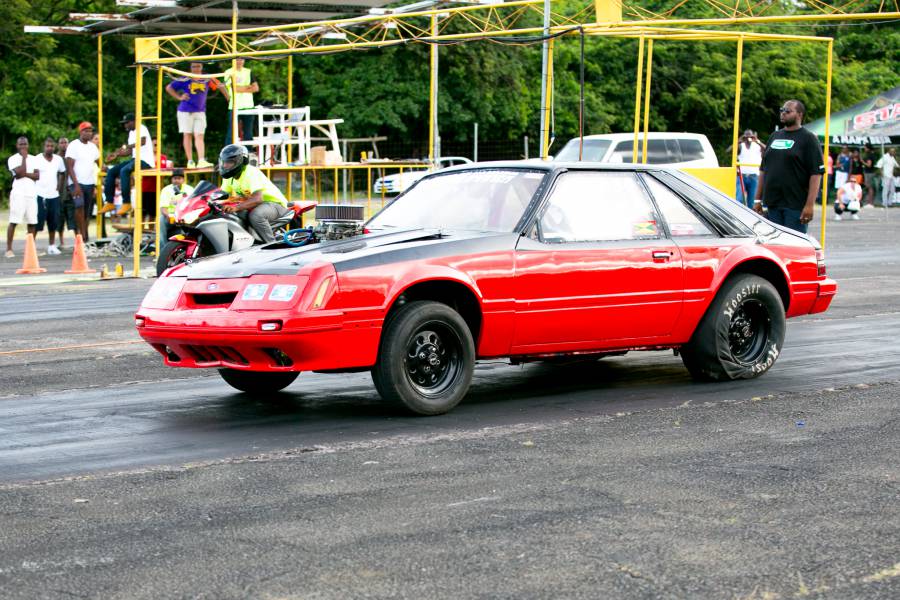 On Friday, 21 October, the Grenada Motor Club (GMC) will welcome a score of visiting racers from the region for the second event of its bi-annual International Drags competition.

This much anticipated event, which has been held in Grenada over the past 15 years, attracts up to 500 visitors to our shores and features some of the fastest cars in the southern Caribbean with speeds in the seven and six second categories.

In lead up to this event, the GMC held the first of two ‘Test and Tune’ local racing events in order to assist local racers with their preparations for the International Drag Racing event. “Drag Racing as a sport has grown significantly in Grenada and across the region over the last decade. The Grenada Motor Club made a strategic decision to host two local events so that our racers will get the opportunity to assess the performance of their cars and hone their driving skills. This will see them even better prepared to compete against the visiting racers expected for the October event. These local races will benefit the drivers as they will be able to test the speed and performance of their cars and will have sufficient time to ‘tune’ them for subsequent events” commented Ian Da Breo, Public Relations Officer for GMC.

At the conclusion of Sunday’s racing event, Joshua Lewis with his Mitsubishi Evolution car, clocked the fastest overall time of 10.1 seconds, followed closely by Allan McIntyre in second place with a time of 10.3 seconds. Evan Blackman topped the 12 second category; Ken Bhola captured first place in the 14 second category; Denison Samuel and Cottis Alexis placed first in the 15 and 17 second categories respectively.

The second Test & Tune racing event is carded for end August 2016, where racers will have another opportunity to assess the performance of their vehicles. GMC reminds all racers and motorists to drive responsibly reiterating their tag line “Drive on the Road and Race on the Track”.