This story was posted 5 years ago
in Community, General News
1 min. read 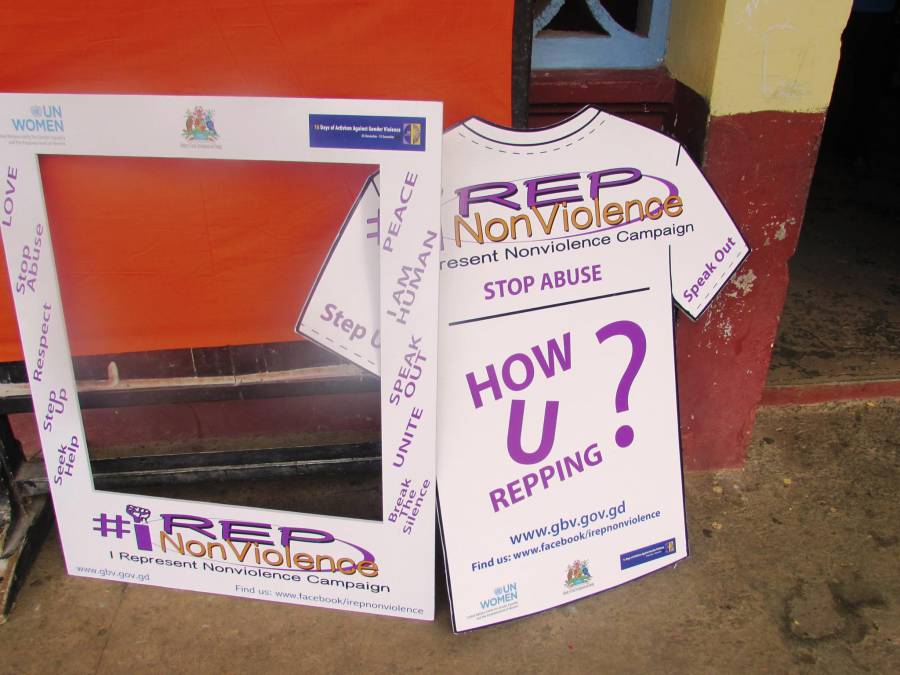 For the very first time this year, the I Represent NonViolence Campaign (#iREPNONVIOLENCE) is taking its caravan to the Fisherman’s Birthday celebrations in Gouyave, today, Wednesday 29 June.

#iREPNONVIOLENCE is a local campaign created by the Ministry of Social Development & Housing in 2015, to bring awareness to the Grenadian public on the danger of violence to the country.

The initiative will not only seek to promote non violence against women, but also against men.

Domestic Violence Officer in the Ministry of Social Development & Housing, Rachael James, sets the stage for the upcoming activity.

James says one of the main features of the #iREPNONVIOLENCE campaign is the polling questions.

James is calling on members of the community of Gouyave and Grenadians in general to come out and support the initiative, since violence is an issue affecting a large percentage of the society.

The Ministry also says it plans to take the #iREPNONVIOLENCE caravan right across the country in the coming months.

Sandals Foundation and Scholastic ‘Open a World of Possible’