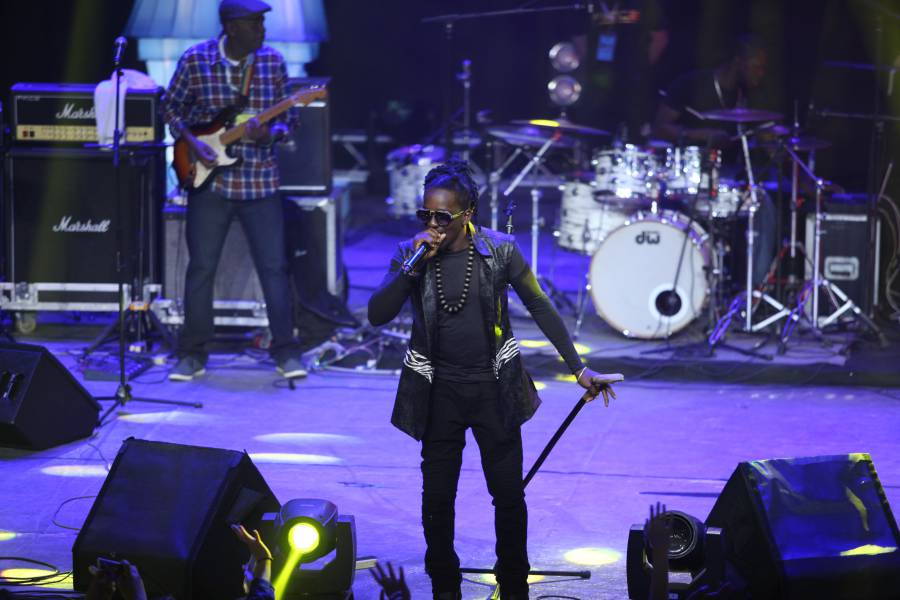 Mr Killa returned to Grenada recently following his successful performances at the Caribbean Music Festival in the Chinese capital of Beijing. The popular singer was included in diverse groups of musicians selected from the Caribbean to represent their country at the Latin America and Caribbean Music Festival. Other nations represented include Antigua and Barbuda, Barbados, Dominica, Jamaica, Panama, Suriname and Trinidad and Tobago.

The free festival staged at the Rose Bud, 798 Art Zone in the Chinese capital was organized to promote cultural cooperation and create opportunities for enhanced exchanges between China and the Caribbean.

The festival took place over 4 days from 30 April until 3 May. Apart from the Rose Bud, 798 Art Zone, there were also performances at various venues throughout Beijing including the Beihang University and Modernsky Lab. According to Caribbean Entertainment (CE), the artist booking agency that provided the festival’s featured performers, “the music festival provided not only opportunities for cultural exchange but a stage for our artists to showcase their amazing talent to a virtually untapped market.” Trinidad and Tobago Ambassador to China, Chandradath Singh said, “China has a big appetite for foreign acts in a big way.”

“I like the feeling the music gives me. I could be here for half a day and not feel like leaving, it makes me feel like I want to get on the stage,” said Luo Lifang, 26, from Guizhou Province, who works in Beijing’s finance sector. Lifang said that although it was her first time to listen to Caribbean music, and she didn’t quite understand the lyrics, she enjoyed the show. Sheree Wilson, a Jamaican who lives in Beijing, said the event had her reminisce about home. “I really enjoyed the music festival. It reminds me of home,” she said. “It’s great seeing the Caribbean culture being showcased in China.”

“The experience was great” Mr Killa reflected about his visit, “One of the greatest things about it was seeing people from a whole different culture moving to the music and participating as I never thought they would have.” The event, which featured musicians and bands from all the Caribbean countries with embassies in Beijing, provided a forum for all the embassies in Beijing to work together to showcase the Caribbean. Organized by Ministry of Culture of China, presented by China Arts and Entertainment Group, in collaboration with the embassies of the Bahamas, Barbados, Grenada, Guyana, Jamaica, Suriname, and Trinidad and Tobago, the music festival is also part of the China-Latin America and Caribbean Year of Culture Exchange.

In addition to four performances in various venues around Beijing, Mr Killa had the opportunity to visit some of China’s iconic sites including the Great Wall of China.