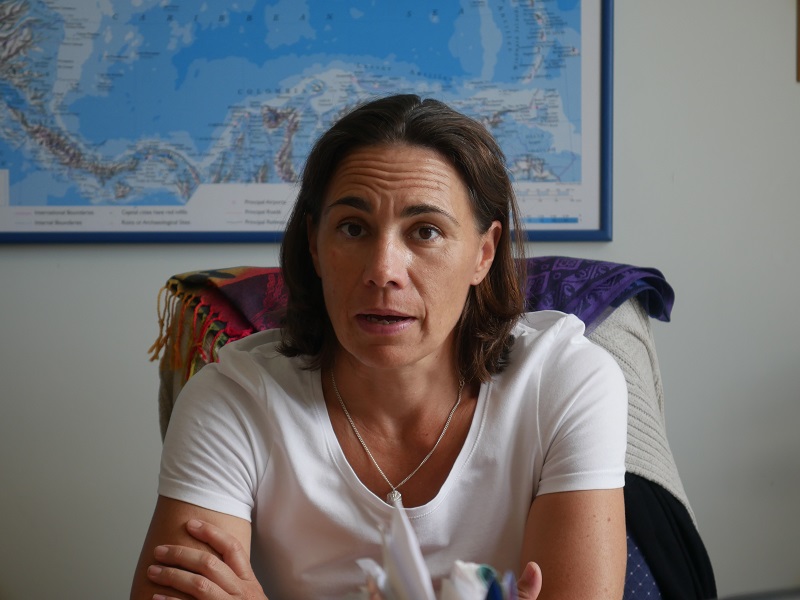 This story was posted 5 years ago
in Environment
2 min. read

There have been recent reports of sand mining taking place on Bathway Beach, St Patrick, the second most important nesting ground for leather back turtles in Grenada.

Community members from the parish of St Patrick reported the matter to the Sauteurs Police Station. They told the police that persons were spotted filling bags of sand, and loading them onto a bus, after which they were told that the mining was sanctioned by the parliamentary representative of that area. “I don’t know the law inside out, but as far as I’m aware, sand mining is illegal, except for 2 beaches that the Government has allowed Gravel and Concrete to remove sand from,” explained Dr Clare Morrall, President of Ocean Spirits.

Ocean Spirits is a local Non-Governmental Organisation that focuses on the research and conservation of marine turtles in Grenada. “We’re in absolute peak nesting season for the leatherback turtles right at the moment, and the beach environment is the most important thing right now to keep intact, so that their survival may be ensured”, Dr Morrall said.

Turtle watching is an important ecotourism product that the island offers, and the organisation, as well as members of the community are expressing their concerns over the matter. “Any sand that’s being taken from a heavily used nesting beach puts at risk digging up nests, interfering with natural nesting behaviours of the turtles, and putting the eggs they lay in danger”, said Dr Morrall.

Apart from the sand mining, there have been several other disheartening occurrences. A few weeks ago, a female adult leather back turtle filled with eggs, was slaughtered on Savan Swaze beach. She had come up to lay her eggs, but unfortunately succumbed to a serious blow to her head; her front flippers were also seen to be removed.

Apart from that particular incident, there was also a case involving poaching of eggs. The person reported to have stolen the eggs dropped his sack filled with turtle eggs, when he realised that he was discovered. The matter was reported to the police, and was met with a satisfying response. Poaching is considered a criminal activity, and it is hoped that the man in question will be prosecuted.

“We need to think about our beaches and the creatures that inhabit them. Removing sand from our beaches only jeopardises the integrity of our key infrastructure located on our beaches,” Dr Morrall says.

Ocean Spirits intends to follow up with the Ministry of Works and the Minister for Agriculture on the matter. Persons are being urged to refrain from removing sand from any of our beaches, and/or causing further damage to our valuable nesting turtle population.