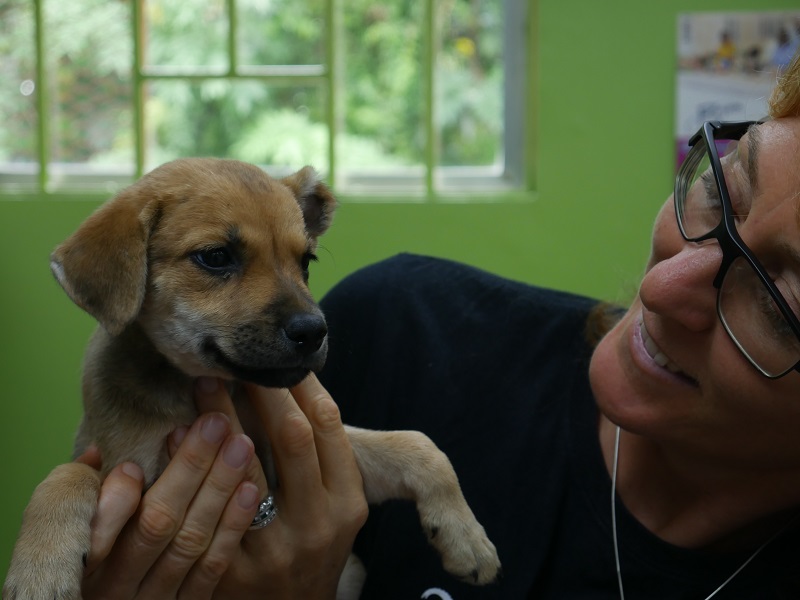 President of the GSPCA, Sharon Sage, is alarmed and saddened by recent cases of animal cruelty.

In one instance, a dog was carried into GSPCA with a chop all the way through its muzzle. What was even more troubling is that the incident occurred on the owner’s steps. There wasn’t much that could have been done to save the dog’s life as it couldn’t even eat. The dog eventually had to be euthanised — it had no chance of surviving.

The incident has been reported to the police, and is yet to be resolved. “We’ve started working with the police, and they’ve been very helpful so far, but there’s a long way to go with regards to cruelty on the island. They already have so many human crimes to deal with, and seeing that animals are not classed as important, matters tend to be very drawn out.”

The organisation works arduously to ensure that animals are taken care of, and have a home where they can be loved. They have sheltered and taken many stray animals off the streets. It is difficult with many other matters to address, but all they want to see is justice being served. “There is a law against cruelty, but the problem lies with enforcement. If persons are brought to court to answer to their actions, I believe that would serve as a good example,” exclaimed Sharon.

The work the organisation has been doing with the police is fairly new, and they hope that in time, improvements will be made. The president of the organisation is appealing to persons to be a more mindful of animals, and to show them a more care — because the work of the GSPCA is done with limited funding, there is only so much that they can do.

NOW Grenada is not responsible for the opinions, statements or media content presented by contributors. In case of abuse, click here to report.
Tags: animal crueltycrimedoggspcalawlaw enforcementrondell celestineSharon sage
Next Post

The 13th Hubbards Legends in Concert has done it again