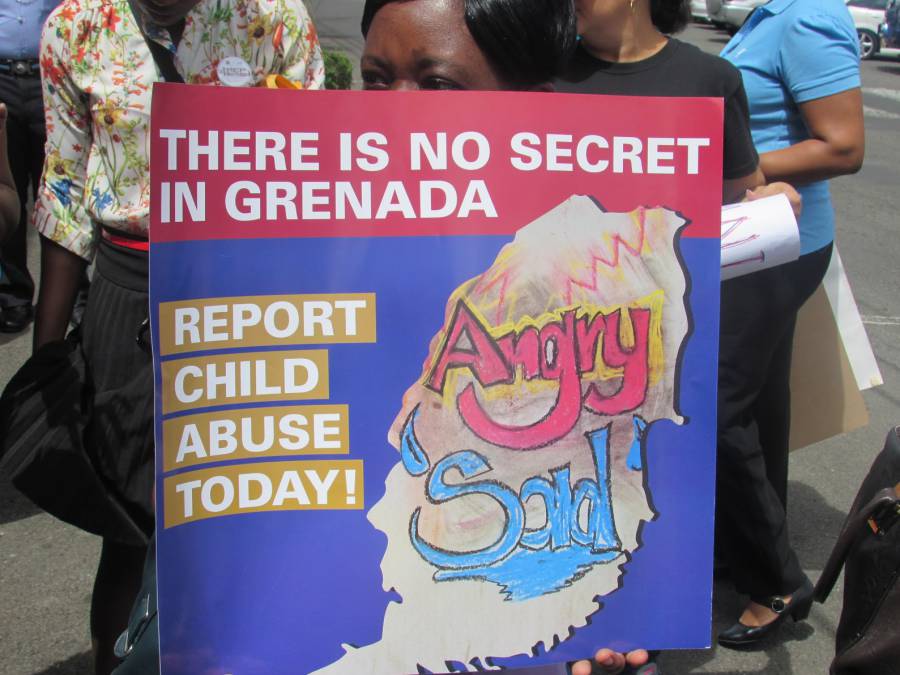 Say NO to Sexual Abuse

Say NO to Sexual Abuse

This story was posted 5 years ago
in Community
2 min. read
Share

These are just a few of the chants heard through the streets of St. Georges today, as the Ministry of Social Development & Housing collaborated with the Royal Grenada Police Force’s Central Division on a route march against sexual violence. The march was geared at further raising awareness on sexual abuse and sexual violence in Grenada, as the country was ranked number 1 in the Caribbean for sexual offences, according to the RGPF.

The police force says just one case of sexual abuse or sexual violence in Grenada, is one too many. Therefore, citizens must pledge their support in reporting any case of sexual offences they are aware of to the relevant authorities, as we eradicate what is termed a “plague” facing our society. Victims are also being given the assurance that there is hope, only if they seek help.

Also present at the march were the Grenada National Organisation of Women (GNOW), the Grenada National Coalition on the rights of the Child (GNCRC), the Legal Aid & Counseling Clinic, and a few schools such as the Presentation Brothers College, the J W Fletcher Catholic Secondary School and the St Louis R C Girls.