Burning Down a Cornfield to Kill a Rat

Burning Down a Cornfield to Kill a Rat

If one engages in burning down a whole cornfield for the purpose of killing a rat, then that behavior may be considered to be illogical. In the same way if a senator in the Senate did engage in cultivating the cornfield of the Constitutional Amendment Bills and then seeks to influence public officers to vote a blanket “no” to those Bills, that behavior may also be considered to be illogical. A similar interpretation may be given to the approach now being taken by the main opposition which supports the senator. Both the Original Report which was sent by the Constitutional Reform Advisory Committee (CRAC) to the government dated 9 July 2014 and a Further Report dated 22 November 2014 were signed off without reservations on behalf of the main opposition on separate occasions by Mr Tillman Thomas and Mr Vincent Roberts respectively. The main opposition therefore assisted in cultivating the cornfield of the Constitutional Amendment Bills.

The nagging rat has now been identified by the above parties as the fact that retiring public officers are not being given their pensions in accordance with section 84 (8) of the constitution. There is no doubt that public officers were severely placed at a major disadvantage when the People’s Revolutionary Government (PRG) abolished their constitutionally protected pensions over thirty years ago from 1 April 1983. This they did by substituting those pensions with pensions under the National Insurance Scheme. Many years later the courts finally determined that the stoppage of the “constitutional pensions” was wrong. In effect this decision will cost government several millions of dollars. Government will certainly have to find a way of sourcing that money to ensure that justice finally comes to all former public officers who have been wronged.

It was the same PRG which seized a number of properties from individuals without payment of any compensation, unlawfully imprisoned over 3,000 people and engaged in other human rights abuses between 1979 and 1983. The subsequent constitutionally elected Herbert Blaize administration had to set up a special commission around 1985 comprising Justice Elvin St Bernard as Chairman, Joachim St John and myself to hold consultations with many individuals so that adequate compensation could be paid to those who were wronged. Hundreds of Grenadians were eventually compensated. In those days the money was sourced from the Americans. In these modern times whilst the incumbent government will be hard-pressed to find the necessary millions, something will definitely have to be done to eradicate this nagging rat.

Notwithstanding the above, to ask public officers not to give support to the upcoming referendums because constitutional pensions have not been paid for over thirty years seems to be most irrational. It is like spoiling the nose to spite the face. The referendums are not specifically geared at benefitting the incumbent government. They are geared to reform our 42 year old constitution for the benefit of Grenadian people as a whole.

The people of Carriacou and Petite Martnique are crying out for more recognition and therefore are urging that the name of the state be changed to Grenada Carriacou and Petite Martnique. There is a need for constitutional recognition to be given to people with disabilities; for women to have equal opportunities with those of men, for children under the age of 16 years to be constitutionally entitled to tuition-free education. There is an obvious need for the electoral system to be revised to allow for an Electoral and Boundaries Commission to take over the functions of the single Supervisor of Elections. In the minds of many there is a need to complete our independence by having our own final court of appeal in the Caribbean Court of Justice and a need to start swearing allegiance to the state instead of to Her Majesty, Her heirs and Successors.

Whilst some may have their own reservations about having a fixed date for the holding of general elections; not allowing a Prime Minister to be appointed to that office for more than three consecutive terms and ensuring that there is a Leader of the Opposition at all times, at least people ought to be given the opportunity to vote their individual consciences. It is all well and good to present oneself as being a knight in shining armor for a cause, but one must also be mindful of trampling on the free choice of individuals. One must also look at the bigger picture. Even if the present illogical strategy succeeds in causing the Constitutional Amendment Bills to fail in the referendums, it will only be a pyrrhic victory. The mouth will be filled with bitter ashes.  The people of Grenada, Carriacou and Petite Martnique are looking on and listening. In the final analysis when the general elections bell is rung, it will become clear that burning down a cornfield to kill a rat is not the way to go. 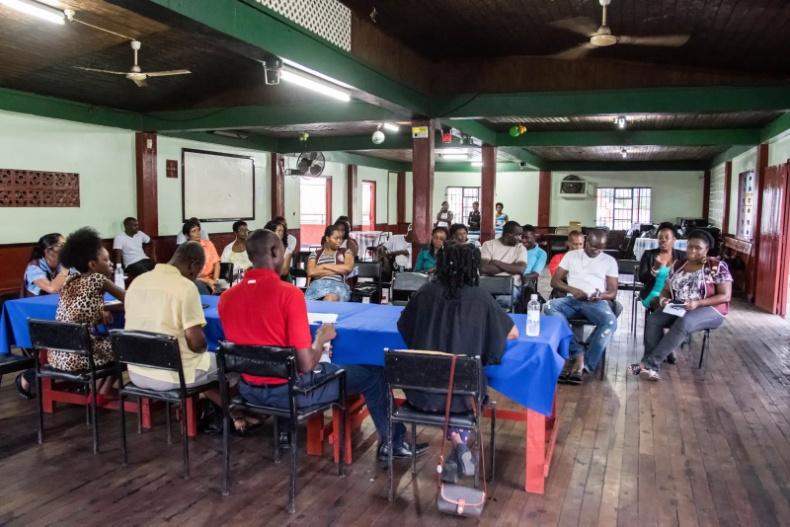