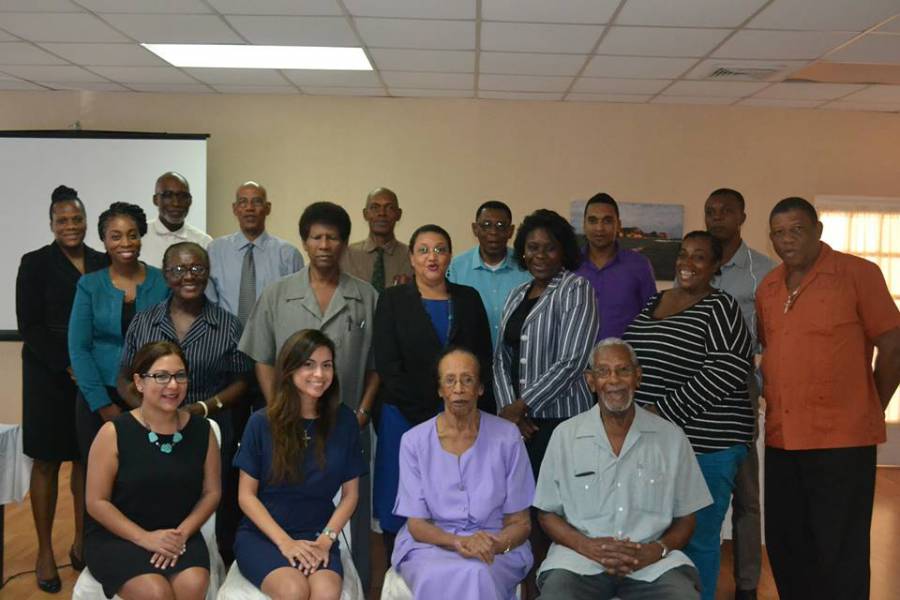 Code of Conduct for Public Officials in New Constitution

Code of Conduct for Public Officials in New Constitution

The group of persons who participated in the UNCAC training
Share

“To use their office for private gain” and “to allow their integrity to be justifiably called into question” will be forbidden actions for persons holding public offices, if Grenadians vote for changes to occur in the Constitution when the referendum vote is held on 27 October 2016.

According to the Bill, “The persons to whom this section applies shall conduct themselves in such a way as not to betray their public trust to be caring, competent and conscientious; to knowingly place themselves in positions of conflict of interest; to compromise the fair exercise of their public or official functions and duties; to use their office for private gain; to demean their office or position; to allow their integrity to be justifiably called into question; or to endanger or diminish respect for, or confidence in, the integrity of the Government.”

Chairman of the Constitution Reform Advisory Committee, Dr Francis Alexis, said that the inclusion of the section is a suggestion from the people during the consultations, as there has been a major cry for public officials to be responsible to society while holding public office, and not make themselves fall victim to questionable gains and activities.

“It’s Grenada’s way to hold public officials to high standards,” he said in a news conference following the approval of the Bills in Parliament in July. Grenada already has laws for persons in public life and is a signatory to international conventions, as a commitment to the world that it will not allow corruption and corrupt activities among public officials.

As of 2015, some high-ranking public officials and public officers started declaring assets to the Integrity Commission. Grenada’s Integrity Commission legislation provides for all public officers earning more than EC$2,000 to declare assets, but the Commission adopted a phased approach for targeted persons, Members of Parliament, Cabinet Ministers, and members of the Judiciary. All Police Officers and Chairpersons and Deputy Chairpersons were the first batch to declare.

Coincidentally, the Senate approved the Bills while officials for the Panama-based United Nations Office on Drugs and Crime were in Grenada, training and educating civil society and government institutions about the UN Convention against Corruption, which is now one of Grenada’s working documents to fight corruption.

Among the institutions which participated in the training were members of the Integrity Commission, the Financial Intelligence Unit and the Police. The Convention introduces a comprehensive set of standards, measures and rules which all countries can apply in order to strengthen their legal and regulatory regimes to fight corruption.

Describing corruption is an insidious plague that has a wide range of corrosive effects on societies, the Convention says that corruption undermines democracy and the rule of law, leads to violations of human rights, distorts markets, erodes the quality of life and allows organised crime, terrorism and other threats to human security to flourish.

NOW Grenada is not responsible for the opinions, statements or media content presented by contributors. In case of abuse, click here to report.
Tags: billbillscode of conductconstitutioncorruptionfrancis alexisintegrity commissionlinda strakerministersparliamentpolicepublic officersreform
Next Post