Constitution Reform: The Process & The Announcement of Referendum Date – Part 1

Constitution Reform: The Process & The Announcement of Referendum Date – Part 1

Since independence, successive governments have embarked on processes intending to conclude with reform of the Grenada Constitution. The main argument being that the people of Grenada were not sufficiently involved in the formation of the current Constitution, so that there isn’t a sufficient bond between the people and their Constitution. In more recent years, others have argued that Constitution reform is needed to bring the Constitution more in line with modern constitutions on issues such as gender equality and protection of the environment.

That is not to say that the 1973 Constitution Order has not served us well since independence. Indeed it has. The Constitution is the only instrument that imposes certain checks, balances and controls to protect the people from abuse of State power. As the supreme law of the land, the Constitution is the only vehicle through which the people can challenge the State by taking it to Court when their guaranteed rights and freedoms are infringed upon, or when Parliament passes laws that are inconsistent with it. We therefore owe it to ourselves and to future generations to jealously guard and vigorously defend our Constitution. No effort should be spared or shortcuts taken when dealing with the question of reforming our Constitution. Any changes to our Constitution must redound to the deepening and strengthening of our democracy and must bring social, political and economic benefits to the people.  The matter of Constitution reform is therefore everybody’s business and it is serious business.

“to engender an environment conducive to reform of the Grenada Constitution Order 1973, with the direct consultation of, and participation by, the people of Grenada and thus make a national Constitution which has the tangible input of the people, so as to build better bonding between the people and the Constitution”

At the launch of the CRAC, Prime Minister Mitchell and Sen. Nazim Burke, leader of the opposition party, NDC, both expressed their support for Constitution Reform; and while many Grenadians will also support Constitution reform, most share the view that we must not embark on and persist with a process that is flawed, tailored to the convenience of politicians and manoeuvred largely to pander to the emotions of the people, while lacking sufficient input from them or not truly reflective of their desires and aspirations.

CRAC’s mandate was to “continue the consultative process of Constitution Reform leading ultimately to a Referendum on the Grenada Constitution”, so that CRAC’s mission could be accomplished. Part of CRAC’s mandate was to review the reports of the earlier Constitution Reform Commissions, have further consultations with the public and make recommendations to the Cabinet based on the findings of those earlier Commissions and the further public consultations.  In his Report to the Cabinet dated 9 July 2104, Dr Alexis noted at paragraph 4.2., that a “primary function of the Committee is to provide oversight to the process of Constitution Reform so as to ensure that the process is transparent and credible, creating an atmosphere of consensus”.

Was the process adopted by CRAC (and the Cabinet) transparent and credible, and did it create the desired atmosphere of consensus?

The voting process adopted was itself wrought with difficulties. On none of the recommendations did all 14 representative bodies vote. The highest number casting votes was 12 and lowest, 4.  Although in any Referendum, voters will be asked to vote either “yes” or “no” on the item or items up for review, with CRAC’s method, the representative bodies were asked to vote “yes now”, “yes later” or “no”. This appears to assume that shortly after this Referendum, there will be a second referendum that can accommodate the “yes later” votes. Of course, this is not the case. Further, it appears that representative bodies were not given enough time to consult with their membership before voting, because the relevant form was only emailed to members the day before voting. A three (3) day extension was given but no system was put in place to ensure that members were voting based on the position of their representative bodies as opposed to their personal views on each of the items.

After the vote, 12 of the 25 distilled recommendations were submitted to Cabinet. The others, though coming from the people, did not make the cut. Of the 12 sent to Cabinet, only 2: the Caribbean Court of Justice and the Elections and Boundaries Commission could be considered substantial enough so as to result in some real social, political or economic benefit to the people. Some may argue that the change to the Name of State was also a substantial recommendation. The others were largely inconsequential such as: changing Chief of Police to Commissioner of Police and adding “e” to “Petit” Martinique.

The public became aware that recommendations were submitted to Cabinet when the Minister of Legal Affairs announced to the nation that Cabinet had accepted the recommendations!

Public outcry and an address to the nation by Sen. Nazim Burke caused the CRAC to hold its final and largest public Consultation at the Trade Centre on 15 October 2014. That one event had more attendees than all of the other 25 consultations combined. Following this consultation, six (6) additional items were submitted to the Cabinet for consideration. Interestingly, none of these met the CRAC’s voting threshold although they reflected the desires of the people. These 6 were: a 2 term limit for the Prime Minister, a fixed date for elections, the right of recall of MPs, proportional representation/Leader of the Opposition at all times, election and tenure of the Governor General and a unicameral chamber of Parliament as opposed to upper and lower houses. Of these, none were original to the NDC as is commonly believed. All were contained in the reports of the earlier commissions and/or raised at CRAC’s consultations.

Of the 6 additional items, Cabinet eventually accepted only one (1): Leader of the Opposition as recommended by the people. Three (3): the right of recall, the unicameral chamber of Parliament and the election and tenure of the Governor General were completely rejected; and two (2): terms limits for the Prime Minister and fixed date for elections were accepted with modifications. This goes to the heart of the question of whether there was a transparent, credible and consensus based process.

At paragraph 18.1 of the 9 July Report to the Cabinet, CRAC said the following:

Once Cabinet indicated which of the recommendations it accepted and which it rejected, CRAC drafted the Referendum Bills and submitted them to the Attorney General for presentation to the Parliament. No final round of consultations took place. Instead, the referendum Bills were finalized, tabled in Parliament and the first reading took place on 4 December 2015, thereby triggering the referendum process without the people even knowing what the Bills contained.

In Part II, I will address the process adopted in taking the Bills through Parliament and the announcement of the Referendum date by CRAC in the context of a credible, transparent and consensus based process.

NOW Grenada is not responsible for the opinions, statements or media content presented by contributors. In case of abuse, click here to report.
Tags: billcabinetclaudette josephcomitteeconsensusconstitutionconsultationcraccredibleequalityfrancis alexiskeith mitchelllawmethodologynazim burkereformtransparent
Next Post 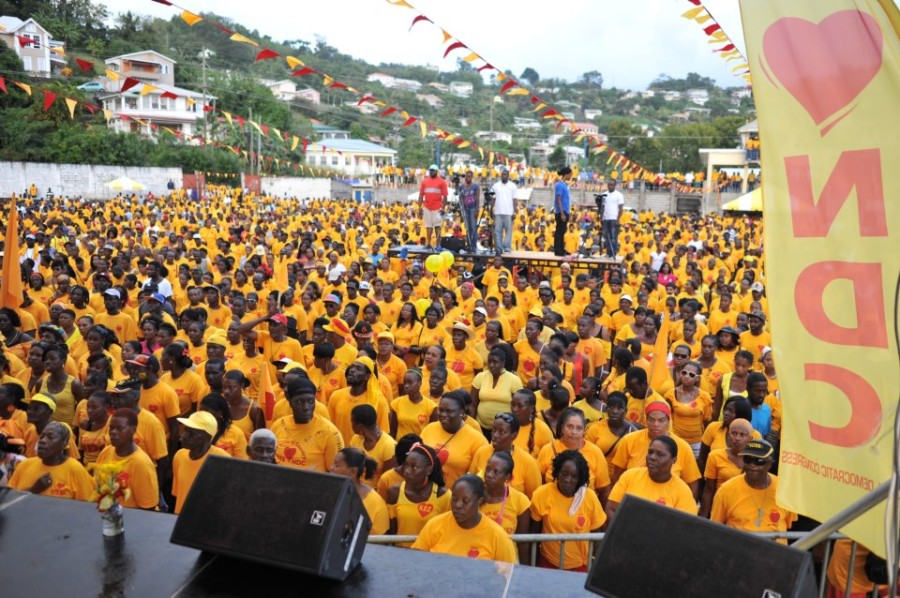