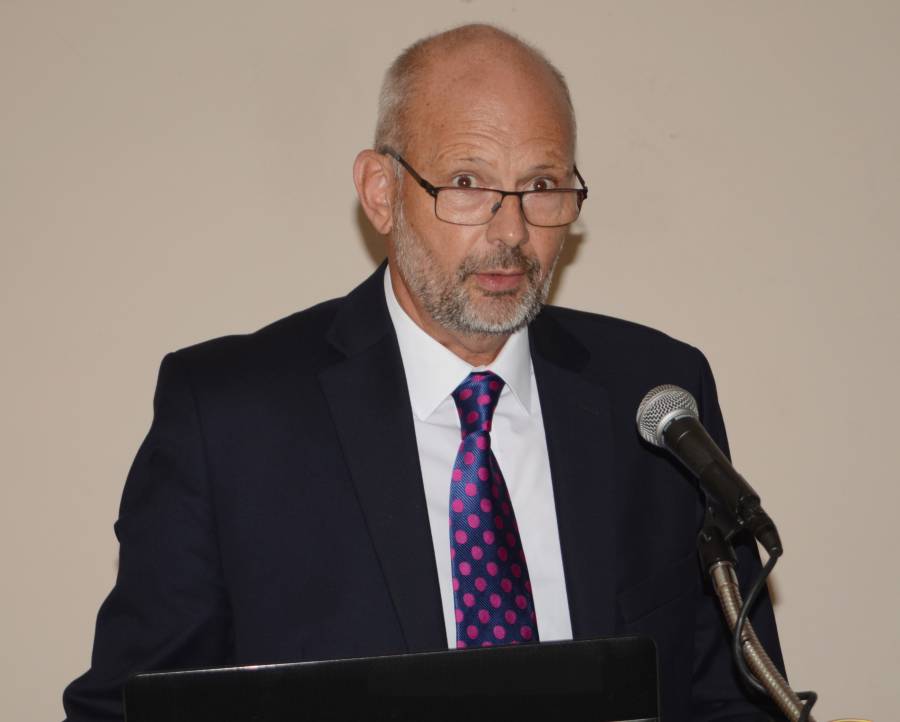 Head of the European Union Delegation Ambassador Mikael Barfod says domestic violence is a complex problem that needs to be understood in its entire social context.

His comments came as he addressed the European Union-funded None in Three domestic violence prevention project, which was convened to disseminate information on the preliminary research findings.

“Domestic violence is not something that can be neatly compartmentalised into what happens in the private sphere. Domestic violence can effect a victim’s participation in the workforce, including their ability to find work and to attend or stay at work, as well as their performance and productivity while at work,” Ambassador Barfod said.

The EU diplomat, who is winding up his tenure in the region, said there is the mistaken view that domestic violence is only a working-class problem, as he noted it permeated all facets of society, irrespective of education, environment and class.

Ambassador Barfod said while regional societies must tackle violent behaviour between adults, efforts must also be made to change the attitudes and values that children learn when they witness this behaviour, so that the cycle of violence can be arrested.

“We know that when you are in a broken family and your role model is a violent male, boys grow up believing that this is the way they are supposed to act. And girls think that it is acceptable for men to treat them this way. We hope that these debates will be picked up by civil society organisations and religious leaders, since there is the view that the church could play a major role in preventing domestic violence.

“Often boys are not raised to be men, but are raised not to be women. Boys are taught that girls and women are ‘less than’. It is important for men to stand up to not only stop men’s violence against women, but to teach young men a broader definition of masculinity that includes being empathetic, loving and non-violent,” Ambassador Barfod told the gathering.

He said he hopes the None in Three sessions, would  further equip social service, health and other professionals to pick up the signs of violence and direct women towards help at an early stage. The EU official also placed emphasis on the need for timely research in an effort to assist as it could improve our understanding of the nature and scope of the problem and its causes. Ambassador Barfod described the Caribbean in general as being faced with the challenges of defining the boundaries of family and redefining domestic violence, as he noted that men must be included in these efforts.

“We need to also consider male victims of domestic violence, as there is very little support for them. We also need to consider the practice of over-punishing children since this is where the youth have their first experience of violence.”

He said he was excited about the None in Three project’s innovative methods for early and continuous education, using a medium that is likely to appeal to children and young people, since research indicates that 40% of girls age 14 to 17 report knowing someone their age who has been hit or beaten by a boyfriend; and approximately one in five female high school students reports being physically or sexually abused by a dating partner.

As part of the None in Three project an immersive, role-playing computer game will be developed that can be used in schools as an educational tool to develop empathy and emotional intelligence and to reduce the negative attitudes developed in childhood which fuel violence in later relationships.

Delegation of the European Union
to the Eastern Caribbean Countries, OECS And Caricom/Cariforum

Carnival and Freedom of Expression