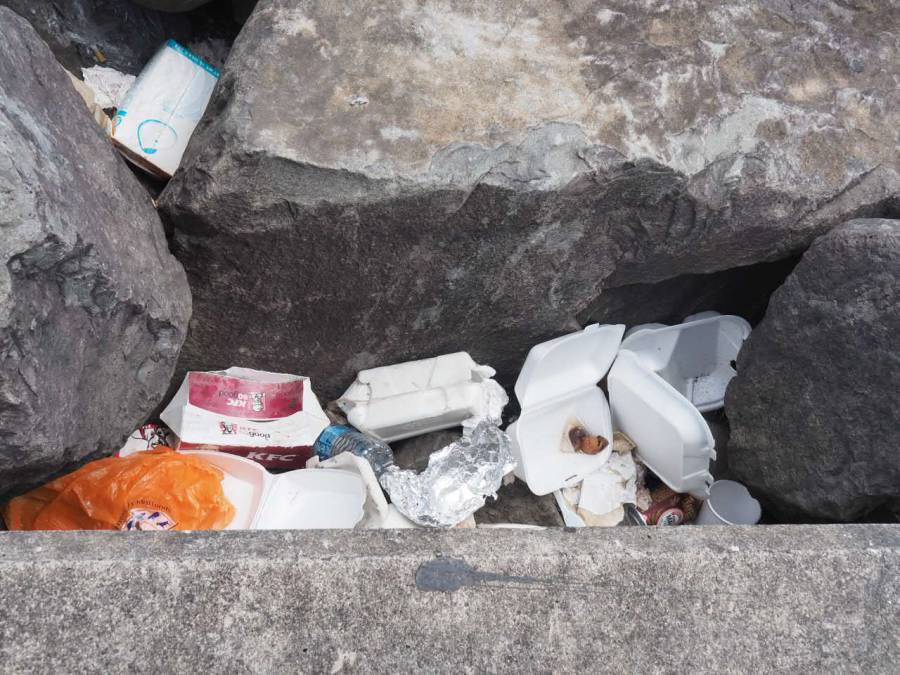 This story was posted 6 years ago
in Environment, Health, PRESS RELEASE
4 min. read

In July of 2015, the Grenada Hotel & Tourism Association, along with the Grenada Solid Waste Management Authority, wrote to the then Minister of Agriculture, Hon. Roland Bhola, pointing out their concerns for the continued importation of polystyrene ‘Styrofoam’ products into Grenada, suggesting a list of alternative bio-degradable packaging products, and calling for a ban to be put in place on polystyrene.

[Polystyrene is commonly referred to as Styrofoam — however, ‘Styrofoam’ is a trademarked brand name of a type of polystyrene used for insulation and craft — not the polystyrene foam that is commonly used for food containers.]

In September of the same year, the Ministers of Government, Hon. Roland Bhola, Hon. Nickolas Steele and Hon. Alvin Da Breo met with the two entities to discuss the issue, at which time it was indicated that the Government of Grenada was in fact looking into placing such a ban on these products. Almost a year has passed since this meeting, and still no action has been taken.

Had a ban been put in place as a matter of urgency, Grenada would have led the Caribbean Region in doing so; instead Guyana, Dominica, Haiti and Antiqua have now instituted a ban, leaving the rest of the islands to play catch up, Grenada among them.

While polystyrene has become an accepted everyday product, Grenadians often don’t stop to realize its negative environmental consequences. Polystyrene is a petroleum-based plastic and it gained popularity because it is lightweight, offers good insulation properties that keep products cold or hot, and keeps things safe during the shipping process without adding weight. Despite these conveniences, there are very serious health and environmental concerns in using these products and there are alternatives.

Polystyrene is designed for convenient use for hours or even minutes; and yet, because it is not biodegradable, we will live with the remains in our environment for hundreds, if not thousands of years. It has not been shown ever to decompose into substances that are harmless to nature.

On a small island state like Grenada, this is not acceptable. Additionally, because polystyrene is lightweight, it is easily blown or carried in water courses to the sea, where it poisons the marine life we depend on for food and foreign exchange.

Of greater concern is the fact that styrene has been linked to severe health effects, such as chromosomal damage, cancer and pulmonary function among factory workers producing the product. Polystyrene foam containers make ideal breeding grounds for mosquitoes, and the island’s dump at Perseverance is running at near-capacity with little room for non-biodegradable waste. Today, most polystyrene is made with CFC-22 which is a greenhouse gas and destructive to the ozone layer. Banning the use of polystyrene would, in addition to improving the health of the nation and ensuring continued riches from the sea, support Grenada’s commitments to the Montreal Protocol on Substances that Deplete the Ozone Layer.

The Grenada Hotel & Tourism Association has already provided the government with samples of affordable, competitively priced products that can replace polystyrene containers. All are biodegradable, and some could even potentially be manufactured in Grenada from bamboo or bagasse.

While the Pure Grenada brand has been embraced by the Government of Grenada, and the Grenada Tourism Authority proudly promotes the island overseas as Pure Grenada / Spice of the Caribbean; littering continues to plague the nation, making a mockery of the brand.

The Abatement of Litter Act was passed a year ago and we have yet to see any signs of enforcement of the Act. Volunteers continue to be called on to assist with clean ups only for litter to reappear in areas cleaned. This state of affairs is not only unsightly but also damaging to the health of our citizens, particularly at a time when mosquito borne diseases have become prevalent. It teaches litterers that they can drop with impunity — someone else will always pick it up.

In addition, enforcement of the Act would lead to a source of revenue for Government, from penalties imposed. Litter wardens, essential to successful implementation, and allowed for in the Act, could be volunteers and would require no remuneration — they would merely need identity and penalty notice forms. We believe that the Government of Grenada has a mandate to do what is best for the health and wellbeing of its people, and has at times the obligation to lead rather than follow.

It is the view of the Grenada Hotel & Tourism Association that, in order to continue to market ourselves as a ‘Pure’ nation, we must walk the walk and not just talk the talk. We therefore call on Government to address these issues in a very timely manner.

Back to School Message