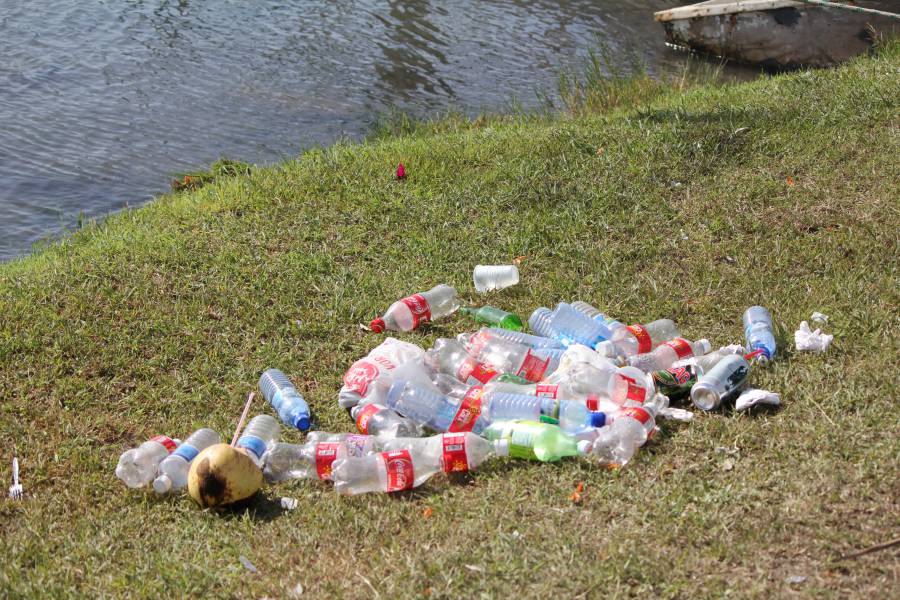 Open Letter to the Government from Grenada Green Group

Open Letter to the Government from Grenada Green Group

Carnival is just over, with its usual feverish activities: Monarch shows have been in full swing, and the Children’s Carnival Frolic, Panorama and the big parades were not far behind. Vast amounts of energy and imagination — and not least money, was pumped into the whole enterprise.

The reasons for not littering have been obvious for years. Dengue is among us, zika too, and we can all remember the havoc and pain caused by chikungunya. We know they are mosquito-borne; we know mosquitoes need only a few days and a tablespoon of water to breed. And yet we go on creating ideal breeding sites by dropping food cartons in drains. Blocked drains make litter the main cause of flooding in town. Tourism contributes 25% to our GDP. Every bag and bottle lying by the roadside is a nail in the coffin of this, our main employer and export earner; making a mockery of ‘Pure Grenada’ and frustrating any attempt to become an ‘ecotourism’ destination . It seems that litter is we culture also. Look in any drain, look in the Carenage. Look around you. Especially, look at the Carenage after J’ouvert. None of this is news. The Ministry of Health, the Chief Medical Officer, the Environmental Health Department and not least the organisation of which I am president, the Grenada Green Group, have been putting the message out for years. Anti-littering signs are springing up; but often attracting rather than preventing littering. Plastic is used for minutes but lasts for centuries. When it decomposes, it remains toxic, poisoning land, sea and air. Any continued appeals to ‘encourage’ people not to litter are merely preaching to the converted. There cannot be anybody who is unaware of the evils of littering.

Clean ups have continued; indeed, there is yet another scheduled for this weekend. Well-meaning individuals and groups turn out, get their hands dirty and, unpaid, remove the filth that others have cast out — often whole bags of garbage, including rotting diapers. Pity the de-bushers, who have soil and vegetation to clear, and have the extra, unwelcome task of handling broken bottles. Drains from Tanteen to Wall Street were cleaned by Arms across the Region in late May, and by debushing twice thereafter. Since then, they and the verges are refilling.

We have the means to cope with this. The Abatement of Litter Act was passed a year ago. Wardens, including the police, can impose on-the-spot penalties of $100 for littering. But it isn’t happening. We would like to know why this Act has not been enforced. No wardens have been appointed, and the police have not been issued with the documentation they need in order to act. Meanwhile, dumping continues at Savon Swayzee and elsewhere; trash is seen being pitched out of buses and cars; no action is taken, even when these acts are witnessed and reported.

Some of us are serious about litter. Our livelihood depends upon its absence. The country’s health and wellbeing are compromised by its presence. The Grenada Green Group has played its part, the Ministry of Tourism and the Tourism Authority are speechless. Is all this littering part of the Pure Grenada brand? The culture we want proudly to show to the world? We now call upon the government to step up and play its part by enforcing the 2015 Act, appointing wardens (who need no remuneration), and provide the paperwork prescribed by the Act in order to give the law teeth.

What are they waiting for? It worked with seat belts.