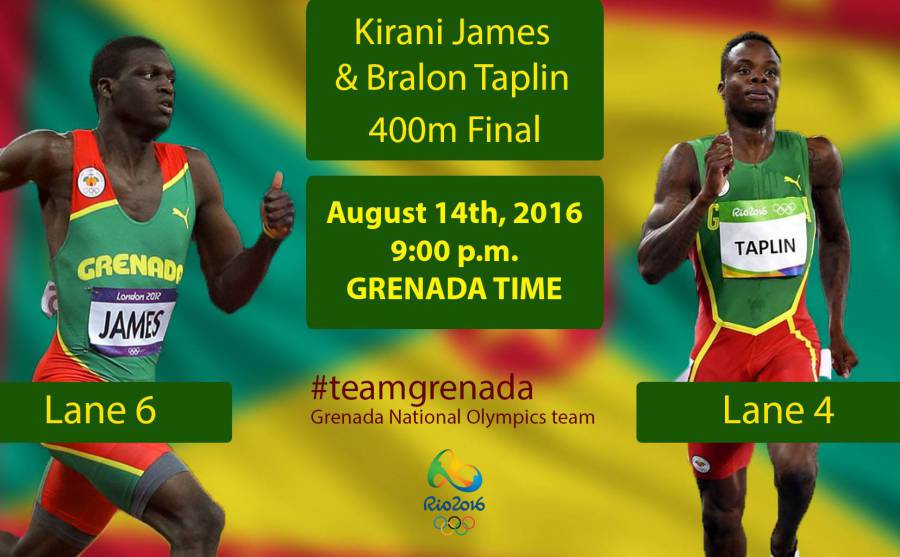 This story was posted 6 years ago
in Athletics, PRESS RELEASE
2 min. read

Prime Minister Dr the Rt Honourable Keith Mitchell has described the success of Kirani James and Bralon Taplin in reaching the finals of the Olympics 400m as one of the proudest moments in the history of Grenadian life.

Prime Minister Mitchell, who is attending several engagements in Trinidad this weekend, spoke of the joy of not just Grenadians, but the people of the region, on the achievements of young Kirani James and Bralon Taplin.

“Today is a defining moment in the history of Grenada. The world is once again taking notice of this little gem of an Island in the Caribbean Sea. An entire Nation is jumping for joy tonight, as Kirani and Bralon have raised Grenada’s profile in an unprecedented way.

“As Kirani crossed the finish line in a time of 43.76 to secure a silver medal and Bralon Taplin finished in a time of 44.45, we knew that the face of our Nation has been indelibly changed.

“This is a great day, not only for Kirani, Bralon, their families and communities, but for all Grenadians, at home and abroad, as well as West Indians worldwide. It is also a victory for the youth of Grenada, in that it shows the tangible results of hard work, dedication, discipline and focus.”

Prime Minister also heaped praises on the coaches of both athletes, Mr Harvey Glance and Mr Alleyne Francique, for their dedication in ensuring the results that we all as Grenadians rejoice in today; and he also commended the supporting staff of the Grenada Olympic Association for their committed service to our athletes.

Dr Mitchell further stated that while there have been many proud moments for him as Prime Minister over the years, today ranks as one of the greatest because of the collective happiness and pride that Grenadians feel.

In speaking of our future accolades for all the athletes who have represented Grenada in Rio 2016, the Prime Minister who returns to Grenada early Monday, said that he looks forward to discussing with his colleagues a fitting celebration to mark their collective achievements, and that at the end of the day, we are happy that they represented Grenada well, and that they ought to be lauded and celebrated highly.

NOW Grenada is not responsible for the opinions, statements or media content presented by contributors. In case of abuse, click here to report.
Tags: 400malleyne franciquebralon taplinharvey glancekeith mitchellkirani jamesolympicsrio
Next Post