Science and Technology (S&T) is not just for older Caribbean

Science and Technology (S&T) is not just for older Caribbean 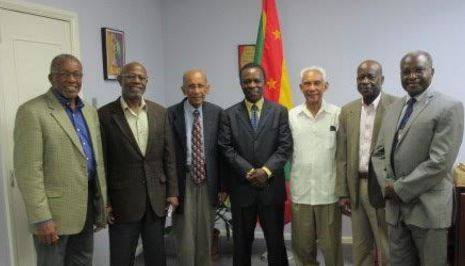 On 10 January 2014 a Caricom S&T Committee was launched to promote the development of S&T in Caricom as a tool for economic development by working closely with all Governments and scientific organizations in the region, and serve as an advisory body to the Prime Minister responsible for S&T in Caricom, Honorable Keith Mitchell, Prime Minister of Grenada.

On 15 June 2016, this committee remains the same. It is all male, and none are representative of youth. One would have hoped that they would have recognized this imbalance and done something about it after two years.

In relation to gender, according to Caricom, the ideal Caribbean person “nourishes in him/herself and in others, the fullest development of each person’s potential without gender stereotyping and embraces differences and similarities between females and males as a source of mutual strength.” In fact, Caricom’s latest strategic plan advocates a “development agenda that develops measures for a people-centred approach to poverty reduction; develops measures for protection and inclusion to guarantee opportunities for the most vulnerable and disadvantaged and takes account of the transformative and multiplier effect of gender equality and empowerment of women on development activity and gains.”

The Caricom Youth Development Action Plan (CYDAP), strives to improve access to the quality and quantity of opportunities available to adolescents and youth between the ages of 10-29, and in and out-of-school. Caricom also seeks their full participation as architects and enablers of the Region’s development.

Women represent 51% of the Caribbean population and 66% of the Region’s population are youth. There are Caribbean-wide agencies that can provide excellent and innovative young scientists and engineers and female scientists and engineers to serve on the Caricom Science & Technology Committee that would better reflect who we are – such as Caricom Youth Ambassadors, the Caribbean Youth Environment Network, and the various Colleges, Technical Institutes, and Universities of the Region.

Deadline for Application of Licences