Alex Phillip, Supervisor of Election, has disclosed that there will be training for staff and officers of the Parliamentary Elections Office as part of the preparation process for the 27 October Referendum Vote.

“There will be a series of training for returning officers, registration officers, poll clerks and all those who are part of the parliament election system as we prepare for the referendum vote,” he said in an interview on Monday.

Phillip disclosed that just a little more than 69,000 persons are currently registered on the voter’s list and they are expected to vote. “We have already designed the ballot paper and it will be a simple question of asking them if they approved the Bill to amendment the constitution, the choices will be yes or no, while for persons who are unable to read, symbols will be used to guide their voting decision,” he said.

“So for example, the Bills will be on the ballot paper in alphabetical order and the first one is on the Caribbean Court of Justice, during the lead up, the educational sessions will explained that the first Bill will be about the CCJ and the symbol will be one associated with the justice system, so the person who is unable to read or read properly will know what the number one question is related to the CCJ by the use of the gavel as the symbol,” he said.

As part of the education and information outreach, the PEO launched its new website on Wednesday, 17 August 2016. Phillip said that the website provides the voter’s list so that persons can confirm their names on the list and where they are schedule to vote.

“The site will also contain information about what each voter need to know before referendum voting day as well as to the DOs and DON’Ts for the day. Though we are not voting for a new government but voting for Bills some of the same rules will apply,” he said.

In July, both the Lower and Upper Houses of Parliament approved the 7 bills that would allow for changes to the Grenada Constitution once two-thirds of the voter population approved the measures.

The bills approved are: the Caribbean Court of Justice and other justice related matters which allows the island to replace the London-based Privy Council with the Trinidad-based Caribbean Court of Justice (CCJ), as its final court; Changing the name of the State from ‘Grenada’ to ‘Grenada, Carriacou and Petite Martinique’ and another would institute term limits for the Prime Minister; ensure that there is always an Opposition Leader; enable Parliament to provide fixed dates for general elections; institute an Elections and Boundaries Commission to replace the Office of the Supervisor of Election; introduce the modern styling ‘Eastern Caribbean Supreme Court’; and require that allegiance be sworn, no longer to the Queen, but to Grenada.

NOW Grenada is not responsible for the opinions, statements or media content presented by contributors. In case of abuse, click here to report.
Tags: alex philipccjconstitutioncraclinda strakerparliamentary elections officepeoreferendumtraining
Next Post 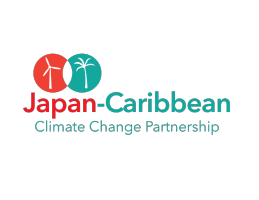