How Appropriate is Fixed Date Elections for Grenada?

How Appropriate is Fixed Date Elections for Grenada?

One of the Bills for consideration in the upcoming referendum of 27 October 2016 would be on Ballot Paper No. 4. This Bill is the “Constitution of Grenada (Fixed Date for Elections) (Amendment) Bill, 2016”. The main purpose of this Bill is to amend the Grenada Constitution in order to give Parliament the authority to set a predetermined date for the holding of general elections. For example, Parliament may prescribe that general elections must be held on the second Tuesday in the month of May every five years. Nonetheless the provision to have unscheduled elections as a result of a successful “no confidence motion” in the government is being retained. Presently, section 52 (4) of the Constitution authorizes the Prime Minister to advise the Governor-General to dissolve Parliament at any time during its five-year life and set a date for the holding of general elections. Some are of the view that this is an unfair advantage but others think otherwise.

In order to determine whether or not having a fixed date for elections is appropriate in the Grenada context, it would be most useful to observe how this provision works in other countries. In 2011, Prime Minister David Cameron of the UK appeased his coalition partners, the Liberal Democrats, by agreeing to have fixed date elections as an experiment. Consequently, the Fixed-Term Parliaments Act was passed in 2011 the effectiveness of which has to be reviewed in 2020. The Act provides that elections must be held on the first Thursday in May every five years. However, the Act also provides that unscheduled elections may be held before those dates if, (i) there is a successful “no confidence motion” in the government and there is no successful “confidence motion” held within fourteen days and (ii) if two-thirds majority of the House of Commons support the holding of general elections.

In Canada, an amendment to the Canada Elections Act of 2007 provides that general elections must be held on the third Monday in October every four years. The “no confidence motion” element is inherent.  The Act states clearly that the Governor-General’s discretion to dissolve Parliament and to call general elections at any time is not affected. In fact just one year after the passage of this Act, the government of Prime Minister Stephen Harper convinced the then Governor-General that Parliament had become dysfunctional and therefore should be dissolved. General elections were therefore called one year before the fixed term date. Despite legal challenges, the Courts upheld that decision.

One common thread in both above situations is that allowances are made to circumvent the fixed term date. It must be borne in mind that both countries operate a parliamentary system of government.  The position is quite different to what takes place in the USA which has a presidential system of government. In the USA, the fixed date for elections is the first Tuesday after the first Monday in November every four years for the President and every two years for members of Congress (i.e. the House of Representatives and the Senate). The 2016 elections are therefore set for Tuesday 8th November. There is no provision for circumventing the fixed dates for elections.

It is to be observed therefore that having a fixed date for elections is quite rigid in an executive presidential system such as in the USA but quite loose in a parliamentary system such as in the UK and Canada. It is posited that in the former case there is complete separation of powers (i.e. separation of the executive, the legislature and the judiciary) where the legislature does not have to depend on the President (i.e. the executive) to pass important legislation. In the latter system however there is just a partial separation of powers where members of the executive are also members of the legislature. If the executive does not have majority support in Parliament (i.e. the legislature) then the nation’s business would come to a stand-still. The necessity therefore to allow a successful “no confidence motion” to force early elections in this system seems rational.

Based upon the above observations, one is left to wonder whether in truth and in fact having a fixed date for elections is appropriate for Grenada which has a parliamentary system of government. In reality a fixed date for the holding of elections may only amount to the provision of a general guide for such a date. Some are of the opinion that taking away the element of surprise from the general elections process would take away from the inherent suspense, general anticipation and excitement on the part of electors. On the other hand, having a fixed date would eliminate the situation where the opposition caretaker for Carriacou and Petite Martinique would be calling for a date. He must know that one must be careful with what one asks for as the people of the sister isles would really want to have full support being given to Bill No. 5: Name of State Bill. 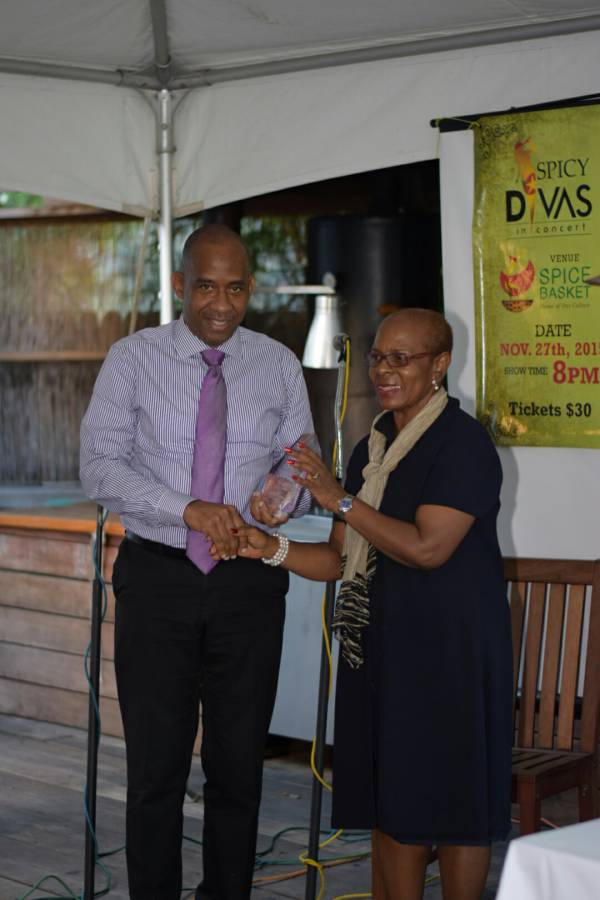