Assessing the Public Mood on the Referendum Bills

Assessing the Public Mood on the Referendum Bills

Now that the 7 Writs of Referendum have been issued by the then Deputy to the Governor-General, Sir Daniel Charles Williams, it would be useful to make an assessment of the public mood regarding the referendum Bills. These Bills propose to amend the Grenada Constitution. Despite the fact that the present process started more than two and a half years ago on 16 January 2014, it would not be surprising to conclude that a number of people still do not know much about the process and about what the 7 referendum bills are all about. The fact is that constitution review and reform is not a ‘sexy topic’ and a significant number of people would just not show much interest in it even if 5 years are utilized for the process. Many depend on specific guidance from national leaders.

The issuance of the 7 writs on Friday, 23 September 2016, now makes it official that Referendum Day would be Thursday, 27 October 2016. However Police Officers are scheduled to vote on Monday, 24 October 2016, so that they would be free to assist the voting process on Referendum Day. The 7 Bills which the electorate would be asked to approve or disapprove on Referendum Day relate to (i) having the Caribbean Court of Justice (CCJ) be the final court of appeal for Grenada instead of the Privy Council; (ii) having an Elections and Boundaries Commission instead of a lone Supervisor of Elections; (iii) ensuring the appointment of a Leader of the Opposition in case one party wins all the seats in a general election; (iv) having a fixed date for the holding of general elections; (v) changing the name of the state from Grenada to Grenada, Carriacou and Petite Martinique; (vi) improving Rights and Freedoms of individuals, making special provisions for children generally and for persons with disabilities and ensuring gender equality inter alia; and (vii) limiting the Term of Office of a Prime Minister to not more than three consecutive terms. These Bills would appear on the Ballot Sheet in the abovementioned alphabetical order on Referendum Day.

The Writs of Referendum are directed to the Supervisor of Elections who has the responsibility for ensuring that the registration of voters goes on until Tuesday, 4 October 2016. It would only be voters whose names are on the Current List as at that date who would be entitled to vote in the referendums. The Supervisor of Elections would also be responsible for publishing the Writs together with their respective Bills in two issues of the Gazette and of local newspapers, on public buildings throughout the state and would also be responsible for the conduct of the referendums themselves. It is expected that the results of the referendums would be announced on the evening of Referendum Day. Officially, the Supervisor has to return the Writs together with relevant information to the Governor-General by Monday, 14 November 2016. The dye has therefore been cast for the holding of 7 referendums on Referendum Day. There is no room for turning back now.

From my own assessment of the public mood, the Bills which appear to be firm favourites for approval on Referendum Day are Bills Nos. 1, 2 and 6. These relate respectively to the CCJ, Elections and Boundaries Commission, and Rights and Freedoms. Bill No. 5 relating to the Name of State is gathering up significant support and has the potential to become a firm favourite. The general public still seem to be wavering on Bills Nos. 3, 4, and 7relating respectively to Ensuring the Appointment of a Leader of the Opposition, having a Fixed Date for Elections and limiting the Term of Office of a Prime Minister. With 4 more weeks to go before Referendum Day any number can play. This is so especially now that the main opposition is urging the electorate to vote their respective consciences. This is the exact position of the governing party. Both major political parties are therefore publicly synchronized on their general approaches to the Referendum Bills. In fact a gentle reminder has been given to Grenadians by the main opposition in a policy statement that there is a need to unite the national colours of red, yellow and green in the national interest. Indeed we are all one people.

It is most important, therefore, that national leaders within the society should join in the education of the general public on the merits and demerits of each bill. Because of the historic importance that the referendums are, national leaders cannot just sit by and complain that public education is insufficient; they all have a role to play in educating the general public. The general public rely on them for good leadership and guidance. The Referendum Bills may not all be perfect with regards to improving the Constitution and making it serve our people better, however the 7 Bills on the table provide a good start. Indeed any shortcomings which may be inherent in the present process and in the subsequent recommendations may always be rectified in the future. Notwithstanding, the public mood regarding the present referendum process is certainly gathering up momentum in a positive way.

NOW Grenada is not responsible for the opinions, statements or media content presented by contributors. In case of abuse, click here to report.
Tags: billccjconstitutionelectiongovernor-generallawrence josephreferendumrightsvotewrit
Next Post 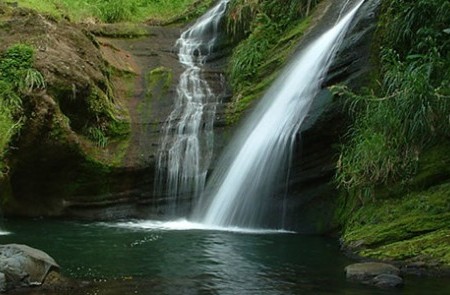