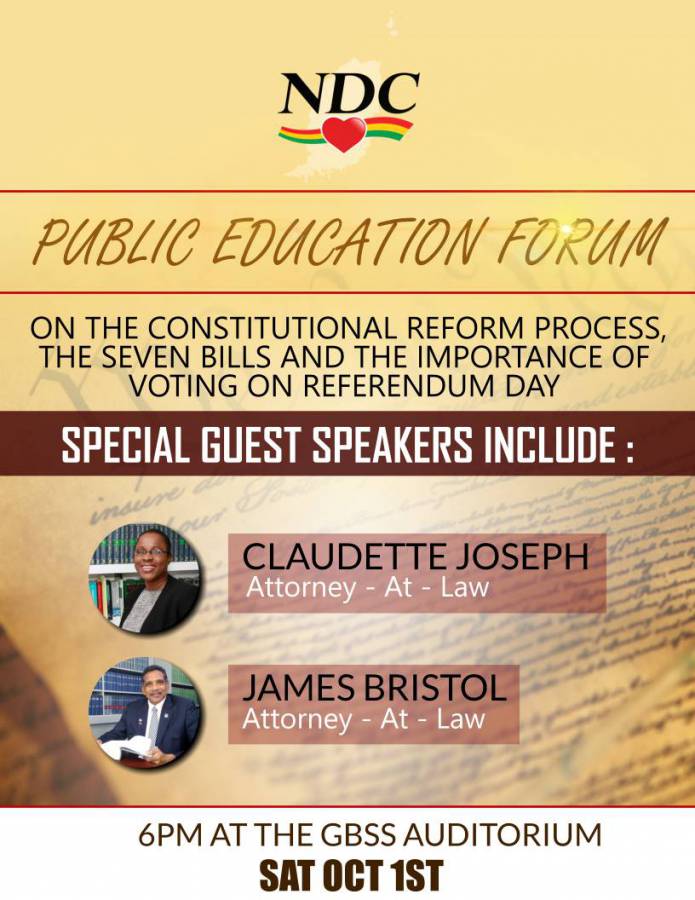 Two lawyers who have openly objected to a ‘yes’ vote for the 27 October Referendum will be guest speakers at a session organised by the main opposition National Democratic Congress which is led by Nazim Burke.

James Bristol, former Attorney-General who served with the former Tillman Thomas Administration, and Claudette Joseph, will be speakers at a session that will be held on the Grenada Boys’ Secondary School (GBSS) on Saturday, 1 October.

This session comes within days of senior officials of the party disclosing that the organisation does not have the resources to lead a ‘yes’ or ‘no’ campaign, and that the people of Grenada are not interested in the Referendum.

“The National Democratic Congress will not be focusing any resources on that. If people feel that they are sufficiently well-informed, and they wish to vote yes or no on a particular recommendation, vote according to your conscience,” said Vincent Roberts, Chairman of the NDC.

Political Leader of the NDC, V Nazim Burke, recently told reporters in a special news conference that “the proposed changes to the Constitution have not been sufficiently explained to the voting population, and the majority of Grenadians still do not know or understand what they are being asked to vote for or against on Referendum Day.”

Recommending that people “vote with their conscience”, he said that the Party will not adopt a position inconsistent with the wishes and aspirations of the Grenadian people as was revealed in a poll commissioned by the Party, that involved 800 people out of a registered voting population of more than 70,000. Don Anderson from Jamaica who specialises in Market Research, Polling and Analysis of Political Electoral Polling Field Surveys, conducted the poll.

When asked if the NDC has officially adopted an official ‘no’ campaign, Randal Robinson who is the Public Relations Officer said, “the NDC has never asked people to vote ‘no’ and we are certainly not asking them to vote ‘no’ now. What we are doing is helping to educate them about the bills. How they vote is a personal matter. We certainly will be encouraging the public to go out and vote.”

Grenadians are scheduled to vote on 7 Bills in the 27 October Referendum, which if receiving the two-thirds majority voting in favour, will bring amendments to the Constitution which was handed down from Britain when Grenada gained Independence in 1974. 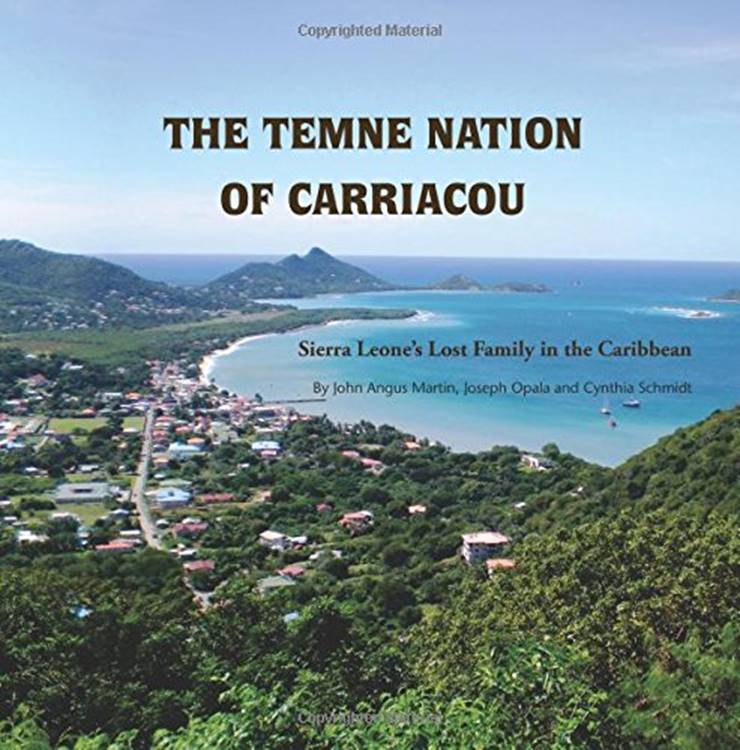 The Tenme Nation of Carriacou