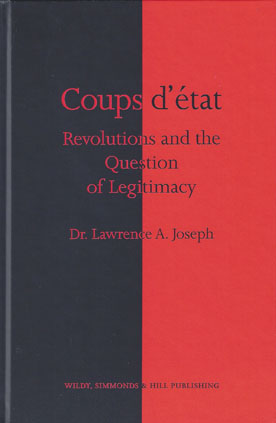 Coups d’etat, Revolutions and the Question of Legitimacy
Share

On Friday, 16 September in St Lucia, Wildy, Simmonds & Hill, book publishers of Lincoln’s Inn Archway, in London, launched a new book entitled Coups d’état, Revolutions and the Question of Legitimacy written by Dr Lawrence A Joseph. The occasion was the 13th Annual OECS Bar Conference where hundreds of lawyers, judges and other legal luminaries gathered to participate in various presentations from a number of experts.

The book analyses the dilemma in which the judges in the Grenada Supreme Court found themselves, when they were adjudicating in the Maurice Bishop murder trial in 1985. Even if constitutionalism was restored to Grenada in 1984 following the extra-constitutional rule by the People’s Revolutionary Government (PRG) from 1979 to 1983, the Court remained unconstitutional. It was a Court which was established by the PRG by way of People’s Law No. 14 of 1979. The defendants had challenged the validity and competence of that Court to undertake their trial. In the final analysis, the judges adopted the doctrine of necessity in order to resolve the constitutional impasse.

In his book, Dr Joseph elucidates that the fundamental concept which determines the validity and competence of usurper regimes in common law jurisdictions is the concept of legitimacy. Legitimacy itself involves the general support given by the bulk of the population by way of general election or by referendum. The book therefore compares the Grenada case of Mitchell v. DPP in juxtaposition with 16 other extra-constitutional common law cases over a 51 year period from 1958 to 2009, in order to test the stated hypothesis.

Several conference participants grasped the opportunity to purchase a number of books which were autographed by the author. Several others were unable to obtain copies for themselves, as they were completely sold out at the conference. Copies may still be obtained from the publishers in London.

The Law Firm of Joseph & Joseph

NOW Grenada is not responsible for the opinions, statements or media content presented by contributors. In case of abuse, click here to report.
Tags: bookcoups d'étatcourtjudgelaunchlawlawrence josephmaurice bishopmurdermurder trailprgrevolutiontrial
Next Post 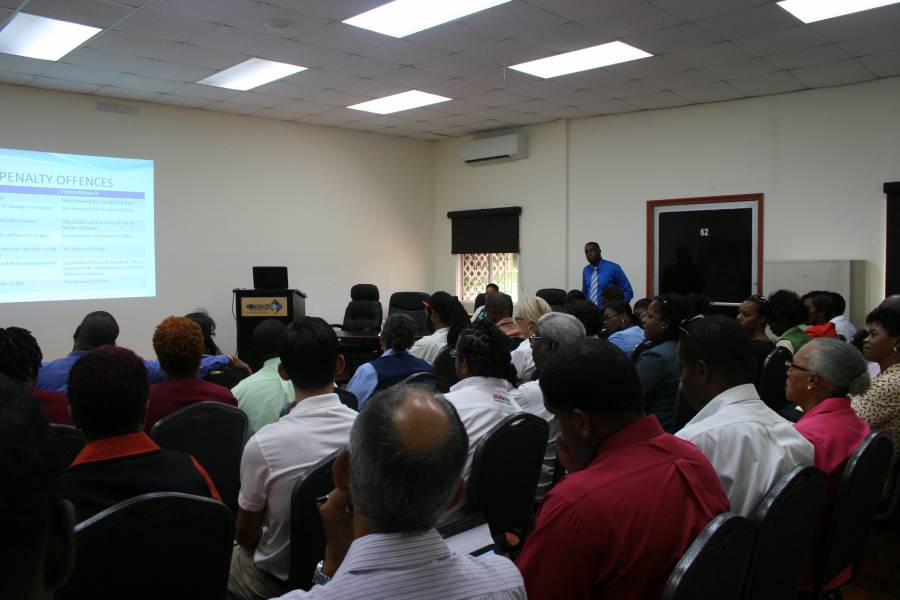