The Referendum Bill proposes to insert a new Chapter 1B into the Constitution dealing with Gender equality.

The Constitution as it is now provides in section 13 that persons should not be discriminated against on the basis of “sex” and further, that no law shall be passed that is discriminatory [on the basis of sex]. Discriminatory is defined as affording different treatment to different persons based wholly or mainly on, among other things, their “sex”. Section 13 (5) of the Constitution provides, that there shall be no discrimination based on sex in relation to qualifications or standards for the holding of any public office, or any office in a disciplined force (the police & military), or any office in the service of a local government authority or in any private entity.

This new chapter proposes to introduce rights based on “gender”. It restates some of the matters spelt out in section 13 against which persons are not to be discriminated, and expressly grants these as rights notwithstanding a person’s gender. It also provides for equal education and employment opportunities between men and women and the right to protection against domestic violence, sexual abuse and sexual harassment. It provides that women have the right not to be discriminated against based on marital status or pregnancy.

Section 18T(a) defines “gender” as: “the range of characteristics pertaining to, and differentiating between male and female.” This definition is sufficiently wide so as to embrace other genders in its interpretation.

There is a difference in meaning between sex and gender. ‘Sex’ refers to the biological category to which a person belongs at birth; i.e., man or woman. ‘Gender’ refers to the social and cultural experience of being a woman or a man and the roles and values associated with being man or woman. These social and cultural differences between men and women change from place to place and time to time. A person’s gender identity is the extent to which he identifies as male or female. In the feminist movement, gender is the social dimension of biological sex, thus gender is linked to the traditional roles, responsibilities and relationships between men and women.

The modern meaning of gender and gender identity goes beyond male and female and their respective traditional roles. In this regard, a person’s sex does not always coincide with his gender; so that a person’s sex may be male but his gender female. The submission is that gender as defined in the Bill is wide enough to extend beyond just male and female. It can include: transgender, inter sex and other categories of persons. In National Legal Services Authority v The Union of India, the transgender community brought a case before the Supreme Court of India claiming that certain of their fundamental rights were breached, including their rights to personal liberty and freedom of expression and claiming gender discrimination. They won the case and in delivering its decision the court said the following:

The meaning of gender in the Bill can be interpreted to extend beyond male and female, but can it, together with the other provisions of the Bill and those of the existing Constitution, open the door for LGBT persons to assert rights based sexual orientation? The answer: quite possibly.

Section 18Q of the Referendum Bill acknowledges that Grenada has signed on to certain international treaties that promote gender equality and encourages our Parliament to incorporate those treaties into domestic law. Grenada acceded to the International Convention on Civil and Political Rights (“ICCPR”) on 6th September 1991. The ICCPR is one of the International Conventions mentioned in the Indian case referred to above. The United Nations Human Rights Committee has held that the word “sex” in Articles 2 and 26 of the ICCPR is to be interpreted as including sexual orientation.

On 10th August 2016, in delivering a judgment in the case of Caleb Orozco v The Attorney General of Belize & Others, the Belizean Supreme Court struck down that Country’s criminal buggery law as unconstitutional on the basis that it contravened certain sections of the Belizean Constitution, including sections 12 and 16. These sections are identical to sections 10 and 13 of our Constitution.  The Court also held that the word “sex” in section 16 of the Belizean Constitution is to be extended to mean “sexual orientation”.  Added to that, section 431 of Grenada’s Criminal Code is a similar provision to the buggery law that was struck down. Section 431 of our Criminal Code makes the crime of “unnatural connexion” between two persons punishable with imprisonment for up to 10 years.

Based on global trends and the provisions of the Bill, including the very broad definition of “gender”, it is quite possible that if the Bill passes and a court is asked to determine these questions of gender as being more than male or female in the traditional sense and of sexual orientation, these questions will be answered in the affirmative. This possibility is not being highlighted to the Grenadian people in public education on this Bill.

The Bill does not propose to confer rights of gay persons to be married.

To have a relevant interest, the applicant must show that his personal interest has been or is being affected, even though this is shared by the population as a whole. The breach must affect the applicant himself personally not sentimentally, academically or remotely.

Taken as a whole, the Rights and Freedoms (Amendment) Bill is definitely the most mixed bag of all the proposed Bills. It covers the widest range of subjects and arguably, is the Bill with the most potential for far reaching consequences. The public education campaign on the Referendum unfortunately appears to be skimming the surface, especially when comes to educating people on how our lives will be impacted if this Bill carries.

NOW Grenada is not responsible for the opinions, statements or media content presented by contributors. In case of abuse, click here to report.
Tags: amendmentbillbreachclaudette josephconstitutioncracfreedomgaygenderlgbtreferendumreformrightssex
Next Post 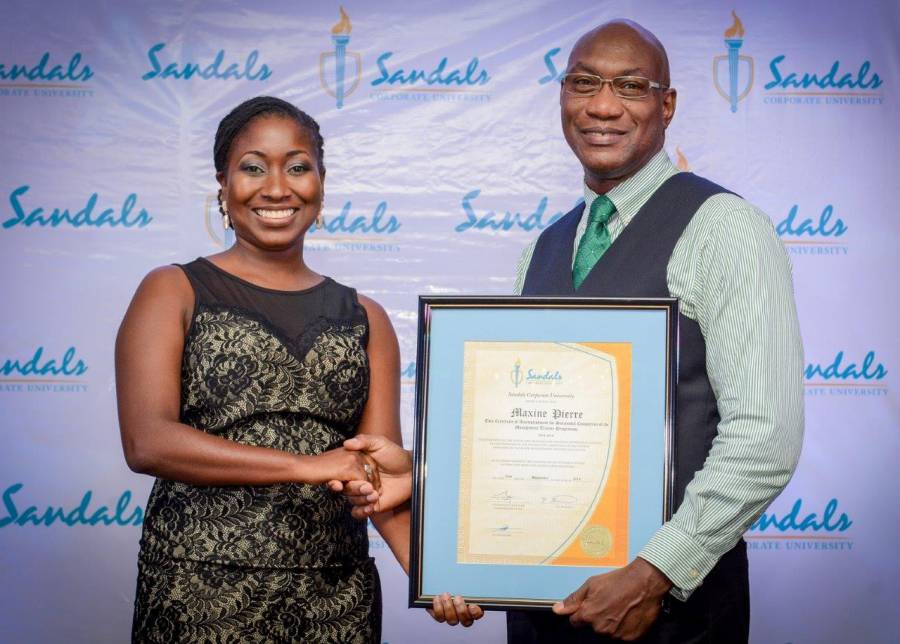