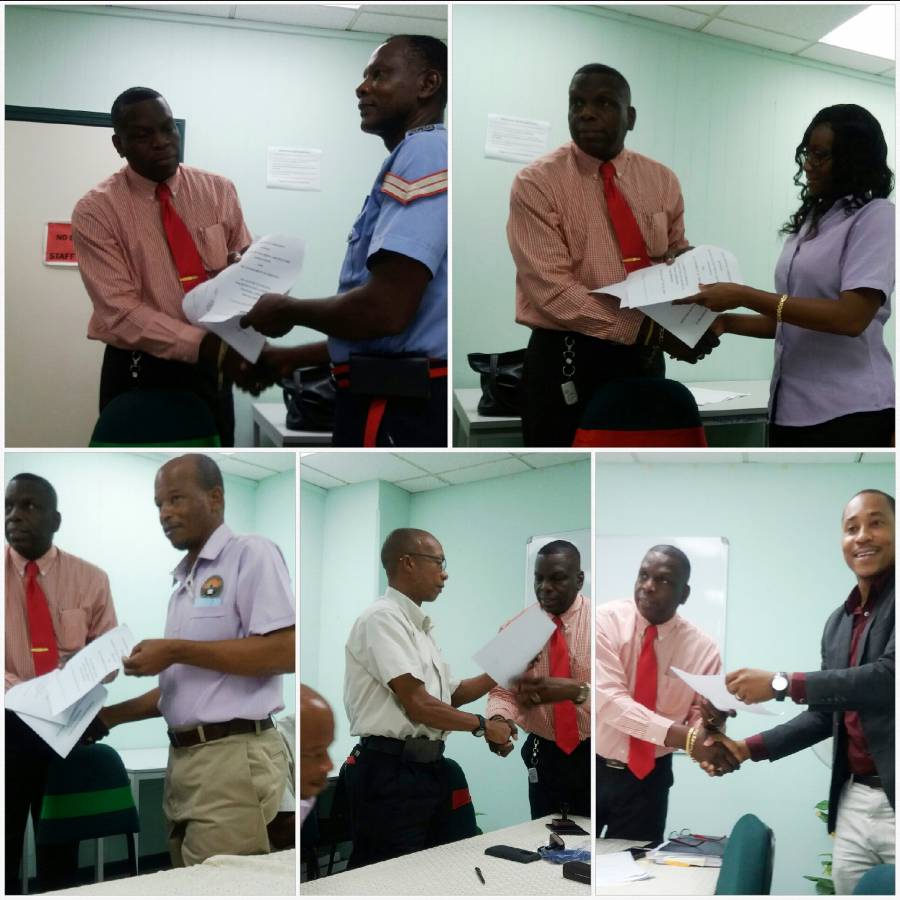 The Government of Grenada, represented by the Acting Permanent Secretary of the Ministry of Finance and Energy, on Friday, 28 October 2016, signed an Agreement with Public Sector Unions on the payment of outstanding increments (short payment) to Public Officers for the period 2014, 2015 and 6 months of 2016.

According to Mr Mike Sylvester, Acting Permanent Secretary of the Ministry of Finance and Energy, “Government is committed to the process and its obligation to pay, and has already demonstrated such commitment by adjusting the salaries of eligible Public Officers in July 2016 to bring their salaries up to the 2016 level. The Government has agreed to make a further adjustment in salary in January 2017 to keep salaries current in 2017.” Mr Sylvester went on to say that Government is happy that an amicable Agreement has been reached. He thanked the Unions for the maturity they demonstrated in the negotiations, and pledged to continue working along with them in the best interest of the country.

The Union representatives expressed satisfaction on signing the Agreement, and stated their willingness to continue working with Government to resolve other outstanding issues as amicably as possible, going forward.