The Constitution of Grenada (Caribbean Court of Justice and other Justice-Related Matters) (Amendment) Bill 2016 is for an Act to alter the Constitution of Grenada to provide for the establishing of the Caribbean Court of Justice as the final appellate court for Grenada in substitution for Her Majesty in Council and to provide for other justice-related matters; the alterations having effect on all pertinent constitutional instruments and written laws. The other justice-related matters addressed in the bill are renaming the Supreme Court to the Eastern Caribbean Supreme Court, referring the Courts Order as the Eastern Caribbean Supreme Court Order, increasing the retiring ages of Judges, replacing the designation of Puisne Judge by High Court Judge, introducing a Code of Conduct, swearing allegiance to Grenada, requiring that the Attorney-General be entitled to practise as an attorney–at–law, the Chief of Police would become the Commissioner of Police, and the term Premier would be changed to Prime Minister. The bill has 41 clauses.

In making the substitution of the CCJ in the constitution, there arises a seemingly curtailment of the power, privilege and protection of the people. That is; a new provision is added under section 39 of the constitution (“alterations of this constitution and certain other laws”), by inserting after subsection (5) a subsection (5A) which reads that “the provisions of paragraph (c) of subsection (5) of this section shall not apply in relation to any bill to alter section 8 of the Courts Order to give effect to any agreement among countries in and over which the Supreme Court has jurisdiction to substitute for references in that section to “the Judicial Committee of Her Majesty’s Privy Council” and “the Judicial Committee” references to “the Caribbean Court of Justice”. The provisions of subsection 39(5)(c) speak to the right of the people to know and to vote on a proposal of the government to alter a deeply entrenched provision of the constitution. But, what is the Courts Order and what agreement is anticipated that will alter section 8 of the Courts Order? Laws and Justice must be clear and fair.

Apart from the clauses pertaining to the CCJ, the other proposals in the CCJ Bill are superficial. Particularly, the proposals dealing with the Code of Conduct and the Allegiance to the State are red herrings, which are positioned in the bill to appease the people and to increase the chance of having the bill received approval by them. The Code does not seem to be legally binding, placing statutory obligation on the certain persons to whom it applies. No mention is made of the Integrity Commission, the Office of the Ombudsman, nor of the United Nations Convention Against Corruption. Like the proposed Directive Principles of State Policy which are non-enforceable, under the Constitution of Grenada (Rights and Freedoms) (Amendment) Bill, the Code relies on moral conscience and persuasion. Deep thought and pointed conclusions though, must be made when realizing that a level of assurance and commitment is given in the Rights and Freedoms Bill on the international human rights treaties, including those pertaining to gender equality, but this guarantee is not the arrangement for the international anti-corruption treaties in the CCJ Bill or in any of the other amendment bills.

The hunt to make provisions for allegiance to the state of Grenada is a clear mark of the ‘overkill doings’ that has been employed by the powers–that–be in tampering with the constitution. It is absolutely unnecessary and irrelevant to insert the new section 110B into the constitution; it reads “The Oath of Allegiance to be taken and subscribed under this Constitution shall be as set out in Schedule 3 to this Constitution.” The result is a bulky and ridiculous document, making the constitution more unwelcoming and unaccommodating to the citizens. Moreover it appears rather paradoxical to change the allegiance from Her Majesty Queen Elizabeth the Second, Her Heirs and Successors to Grenada, but retaining icons such as of section 19 (Her Majesty’s Representative), section 45 (Her Majesty’s Legislations) and section 57 (Her Majesty’s Executive Authority) in the constitution; or maybe the powers–that–be has chosen to enjoy the gains of the both worlds.

Morals cannot be legislated but laws are necessary for the lawless. Laws act as a deterrent to evil, corruption, crimes and to bad or reckless practices. The areas outlined in the Code as well as in the Directive Principles can be appropriately and sufficiently stipulated as ordinary laws, with punitive regulations. Any genuine intent for the Code and the Directive Principles could be established in the constitution in the following general manner: (a) Recognition of and adherence to international conventions and treaties shall be had subject to the sovereign will of the people, the resources of the State, the protection of the public interest and to any expressed reservations to such treaties and conventions; (b) Laws shall be enforced effectively and efficiently with the expeditious provision of the appropriate mechanisms; (c) Parliament shall be responsible for the equitable implementation of the laws and for placing sanctions on the minister or the public official under whose portfolio a law falls. Moreover; what could demonstrate ‘morally persuasive’ than to abide by the ‘sentiments and spirit’ expressed in the Preamble to the constitution, in the Oath of Office and in the national pledge of Grenada?

Further disturbing questions on the due process for the constitutional referendum, brings to mind what would be the procedure for amending an amendment Act to alter the constitution; would another referendum be necessary to effect a correction or an improvement to the Act due to discovered deficiency or error? According to Eamon H. Courtenay SC of Belize in delivering the presentation “Accessing the Appellate Jurisdiction of the Caribbean Court of Justice — The Belize Experience!”, at the 16th Sir Archibald Nedd Memorial Lecture organized by the Grenada Bar Association, on 26 April 2016, “can an amendment to the Constitution be “a law” for the purposes of the section 106 of the constitution referencing the supreme clause of the constitution?” That is; could the constitution as the supreme law of the land be used to condemn or to make void an amending law (amendment Act)? Importantly, if the CCJ Bill is passed at the referendum and there is a question on the constitutionality of any of the seven amending laws for the constitution, which court would be appropriate to give judicial relief; is it the Privy Council or the CCJ? But again, who would take-up the problem in aid of the people; is it the State ?

Like all the other amendment bills, due process including meaningful consultations was not followed for the CCJ Bill. It could also be said that the advices given to the Constitution Reform Advisory Committee (CRAC) by the experts of the United Nations and the Commonwealth, as well as from Jamaican legal luminary Dr Lloyd Barnett, may have been neglected. A broad regional perspective should have been considered in the formulation of the CCJ Bill, especially in terms of the experiences and patterns of the other Caribbean countries.

The presentation by Attorney Courtenay gives verification on the need for a comprehensive and substantive CCJ Bill. Courtney noted “Finally, a curious silence. The proposed draft does not make provision for the Original Jurisdiction of the CCJ. I find it difficult to comprehend a court having exclusive and compulsory jurisdiction for Grenada that is not expressly conferred with jurisdiction by the Constitution. Secondly, the proposed draft amendments do not mention a right of appeal as of right from final decisions of the Court of Appeal in criminal matters. Strangely, both these deficiencies exist in Belize as well so they are by no means fatal to Grenada’s accession to the appellate jurisdiction. But they are expressly provided for in the Barbados Constitution. It seems to me that the Barbados model is to be preferred, on these two specific issues”.

Interestingly, prime minister Keith Mitchell agrees that there is lack of appropriate accountability within the judicial system and that things are manipulated in the system making it unfair; still he is prepared to give support to the CCJ Bill. Indeed, judicial accountability, satisfying the happiness of the citizens, and national sovereignty are sacrificed for regionalism. The Grenadian leader was speaking on the constitutional amendment bills for the referendum, at a special press conference on 21st September 2016. It would have been instructive though, to hear Mitchell’s responses on critical aspects of the bill if he was quizzed on it by astute journalists.

An excellently written article by James E Knight, “Confidence and Pride in self — CXC and CCJ”. The article ends thus, “We run CXC. We can run CCJ”. Knight did not care to say how fast CXC is running and how many casualties are resulting from its speed, as fuelled by greed and profiteering. CXC and CCJ are institutions of Caricom which has been decreed by diplomats and technocrats as running dead, even after over forty years of its existence. Discussions on the ‘running games’ would be absurd and futile if the runs-score (which is zero in this innings) on West Indies cricket is not given; cricket being branded and embraced as the unifying factor of the Caribbean people. The setbacks or drawbacks in the games of running are not because of the people but it remains with the politicians. Anyhow, the solution to the apprehension on CCJ may well rest with CXC via Civics and History!

The crux and climax of the matter for rejecting the CCJ are revealed in the article “The Importance of Developing a Jurisprudence”, by Grenadian constitutional lawyer and consultant to the Government on the Constitution Reform Project, Sir Lawrence A Joseph. Joseph writes that perhaps the most compelling argument for all Caribbean countries to accede to the Appellate Jurisdiction of the CCJ is to establish and develop a Caribbean Jurisprudence; he asserts that new and doubtful constitutional issues would be settled by the social and cultural experiences and thoughts of the Caribbean judges. The salient point to derive is that the elite ‘political and socio-economic’ class is determined to form a regional kingdom of its own rules on law and judicial interpretations. Achieving this goal of ‘supreme dominance’ can be very dangerous and detrimental to the ordinary people of this small region.

Fellow Grenadians, have you seriously and meaningfully evaluated the impact of the CCJ Bill on your life and future generations, please do?

NOW Grenada is not responsible for the opinions, statements or media content presented by contributors. In case of abuse, click here to report.
Tags: ccjconstitutionj k robertsjusticeprivy councilreferendum
Next Post 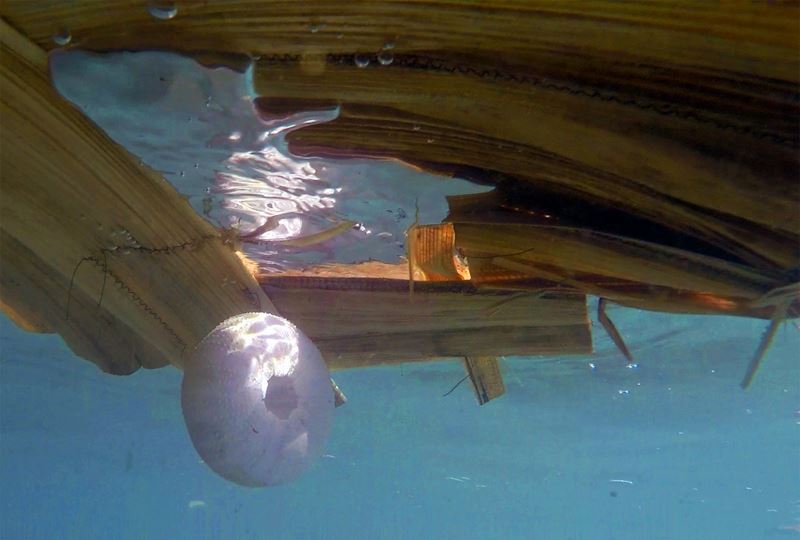