Does the Rights Bill introduce fresh dimensions of Gay Relationships?

Does the Rights Bill introduce fresh dimensions of Gay Relationships?

Recently, the Rights and Freedoms Bill which is earmarked for the upcoming referendum on Thursday, 27 October 2016, has come in for a lot of discussions. The Bill seeks to make improvements to Grenada’s Constitution by expanding the fundamental rights and freedoms of individuals, protects intellectual property, protects freedom of the press and other media, protects the right of persons to belong to political parties, protects children generally in terms of their status and in terms of their right to public funded education, and enables both men and women to have equal opportunities. Whilst these objectives are not being contested, it is the use of the word “gender” in the gender equality section of the Bill which some say introduces new dimensions which promote gay rights and may even be interpreted to promote same-sex marriage. Whether this is the situation or not is worth analysing.

It is quite understandable why the fears of some are being jolted. Grenadians, together with a number of other Caribbean people view the worldwide gay rights movement as an abomination. It definitely goes contrary to our cultural tradition. As a consequence, any semblance of movement towards this worldwide trend would be treated with disdain. A most significant question which may be asked therefore is: Do the new proposals in the Rights Bill introduce new gay rights dimensions which were not there before?

The gender equality section of the Bill begins by stating that there shall be gender equality. “Gender equality” itself is defined as reflecting the view that men and women should receive equal treatment and should not be discriminated against based on gender. “Gender” is defined as the range of characteristics pertaining to, and differentiating between male and female. In international circles, the term gender seems to be quite elusive. As a matter of fact, some institutions use the terms “sex” and “gender” interchangeably. However, the Bill specifically limits the interpretation of gender to the concept of the male and female binary. It does not speak about the differentiation of “masculinity” and “femininity” where it may be conceded that a female may exert some measure of masculinity and a male may exert some measure of femininity thus opening the way for gay relationships.

Reference has been made by some to a decision of the Supreme Court of India in the case of National Legal Services Authority v the Union of India where the court ruled that transgender persons had a fundamental right to expression of their self-identified gender through dress, words, action or behaviour or in any other form. It is submitted that this decision does not relate to the definition of gender which has been given by the Bill as the definition does not include persons other than those who are either male or female.

Reference has also been made by some to a recent Supreme Court decision in Belize on 10 August 2016, in the case of Caleb Orozco v the Attorney General. In that case, it was ruled that the criminalization of the sexual relationships between consenting males is unconstitutional. The court also held that the non-discrimination clause concerning “sex” in the Belizean Constitution extended to mean “sexual orientation”. It is accepted that the same principle could apply to section 431 of Grenada’s Criminal Code which criminalises buggery on penalty of up to ten years imprisonment. Whilst this may be the case, it is because of the non-discriminatory sex provision in the present Grenada Constitution which would make this so. In other words, the new Bill does not introduce fresh provisions to either recognise or promote gay relationships. It definitely does not promote same sex marriage.

The Rights Bill states categorically that there shall be gender equality so that both men and women, among other things, shall be entitled to equal rights and status in all spheres of life, especially in economic, educational, political, civic and social activities; shall be entitled to equal remuneration for work of equal value; shall have equal opportunities to be elected or appointed to public office and they have the right to be legally protected against domestic violence, sexual abuse and sexual harassment. The Bill says nothing about giving recognition to gay relationships nor does it say anything about promoting same-sex marriage.

NOW Grenada is not responsible for the opinions, statements or media content presented by contributors. In case of abuse, click here to report.
Tags: amendmentconstitutiongenderlawrence josephlgbtmarriagereferendumrights and freedoms billsame sexsexuality
Next Post 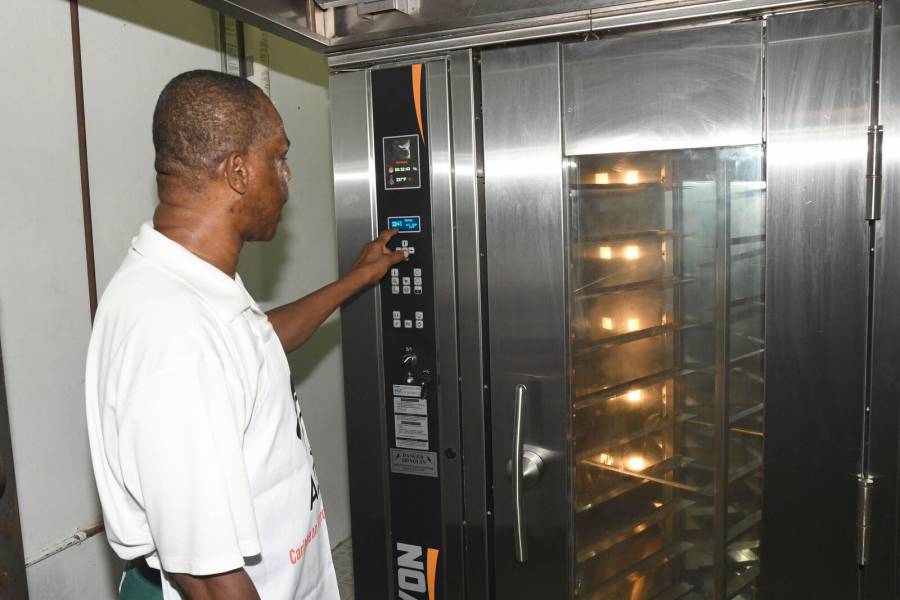