It is most ironical and disappointing that attorney at law Ms Claudette Joseph, as a woman, has been heard to deconstruct the Gender Equality section of the Rights Bill to infer that there may be a loophole to promote same sex marriage. It is even more ironical that Ms Joseph was a member of the Drafting Committee of the Constitution Reform Advisory Committee which was responsible for the initial drafting of all the Referendum Bills. At the time, not a drum was heard, not a funeral note emanated from the lips of Ms Joseph. However, now that the Bills are ready for referendum, Ms Joseph has released a cat amongst the pigeons. Is this not sacrificing gender equality on the altar of political ambition? There may be something in the saying: “grinning teeth is not always a smile”. In fact one has to now face the reality that Hurricane Matthew was certainly not Saint Matthew.

The range of characteristics which differentiates these persons includes physical factors such as differences in breasts, in body shape and in genitals. Females become pregnant; but males do not. Their respective modes of dress also depict differences. We are not talking here of differences in “masculinity” and “femininity” as referred to in Wikipedia to which Ms Joseph alludes. These terms could infer gay relationships. The term masculinity could infer that a female could reflect some measure of masculinity or the term femininity could infer that a male could reflect femininity. However as described in the Bill, male is male and female is female based upon their respective characteristics. It is purely in the context of the male and female binary with which the Bill is involved. The Bill therefore promotes equal treatment for these persons in all spheres of life.

The promotion of gender equality has come a long way and has travelled a most difficult road for centuries. From the beginning of time, there seems to be no doubt that societies in general developed a patriarchal mindset. This mindset conditioned people to accept the authority of males over females with the overriding assumption that females are in subordination to males. As a consequence of this patriarchal conditioning, feminism emerged to counter this phenomenon. The first wave of the movement occurred from the middle 1850s to the early 20th century when women fought to become more politically involved. During that period they did not even have the right to vote in general elections. The second wave began in the 1960s and lasted until the 1990s. This wave campaigned for more legal and social equality for women. The third wave began in the 1990s and continued pushing for success regarding what was perceived to be the failures of the second wave.

In the meantime, after over 30 years of consultations, the United Nations General Assembly was able to adopt the Convention on the Elimination of All Forms of Discrimination against Women (CEDAW) in 1979. The Convention which came into force in 1981 is regarded as the international Bill of Rights for women. Grenada ratified CEDAW in 1990. CEDAW defines discrimination against women as “any distinction, exclusion or restriction made on the basis of sex which has the effect or purpose of impairing or nullifying the recognition, enjoyment or exercise by women… in the political, economic, social, cultural, civil or other fields.” The Convention therefore mandates that in order to prevent discrimination against women that the principles of equality of both men and women must be incorporated in legal systems.

Indeed it seems clear that women need more protection under the Grenada Constitution. There are sections there that refer only to the masculine gender with regards to certain positions of authority. There is also a need to spell out clearly that there must not be any discrimination against anyone on account of their gender either at the workplace or in general. It is most important therefore that the electorate gives special consideration to Bill No. 6 on the Ballot Sheet for the upcoming referendum on Thursday 27th October 2016. The Bill promotes fundamental rights and freedoms, protection for children which also allows them to have public funded education, protection for persons with disabilities and gender equality amongst others. THE BILL DOES NOT PROMOTE SAME SEX MARRIAGE.

NOW Grenada is not responsible for the opinions, statements or media content presented by contributors. In case of abuse, click here to report.
Tags: billconstitutionlawrence josephlgbtreferendumrightssame sex
Next Post 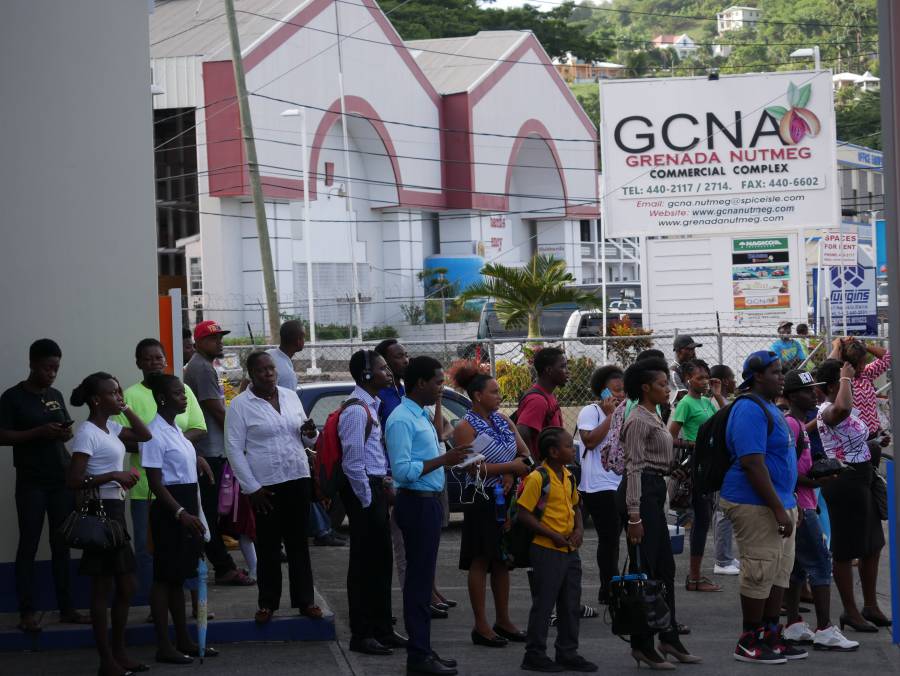