The Government and people of Grenada congratulate the people of the United States for their robust participation in a democratic process that has been the beacon of the world for many years.

As it has done for over 200 years, the United States is once again poised for the peaceful transfer of power, following its Presidential Elections.

It is indeed noteworthy that there was a record engagement of the people of the United States, and that Mr Donald J Trump has earned a sweeping mandate.

Grenada looks forward to continued strong relations with Washington under the coming Donald J Trump administration that has marked every Republic and Democratic administration since our independence.

We understand that Mr Trump will be sworn in as the 45th president of the United States at a time when the challenges for his nation, and indeed the wider world, are indeed real and complex. We expect the continued engagement of the United States in matters of mutual interest to Grenada and the Caribbean, especially in areas of trade, security, immigration and climate change.

Grenada looks forward to continuing the Caribbean and Latin American dialogue with the United States that involves the deepening of engagements with nations of the region, and the continued respect for sovereignty of states, large and small.

We are indeed hopeful for a positive continuation of the leadership of the United States, among the community of nations under the new President. 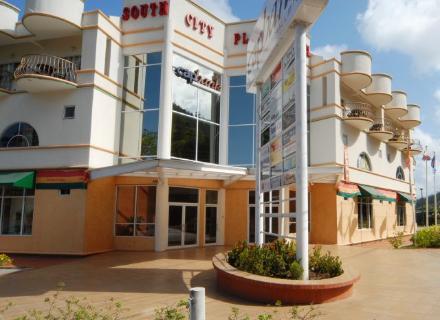