This story was posted 4 years ago
in Education, Technology
1 min. read 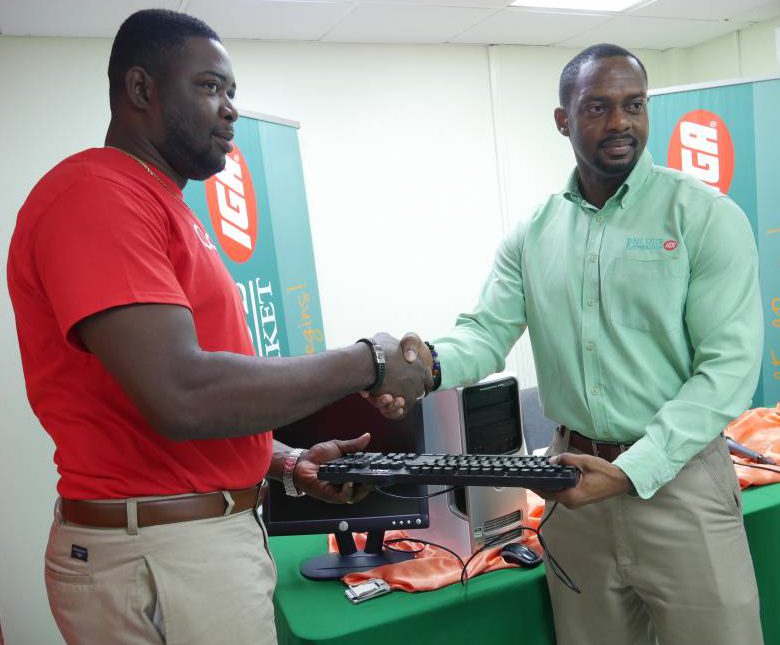 New Life Organisation (NEWLO) has received 7 computers, as well as 6 to be used for parts, valued at approximately EC$5,000 from Real Value IGA Supermarket.

On Friday morning, Mr Marlon Francis, IT System Administrator at Real Value IGA, made the ceremonial handover to Mr Cryton Pierre, ITC Coordinator at NEWLO, who expressed gratitude on behalf of his institution. He said that NEWLO is currently offering a Digital Literacy Programme and Computer Engineering to its students.

According to Mr Pierre, students who are being trained in Computer Engineering are taught to repair, build and maintain computer systems. These students also have the opportunity to receive official certification in Cisco IT and CompTIA A+. He said that the donation of computers would definitely assist with their hands-on training.