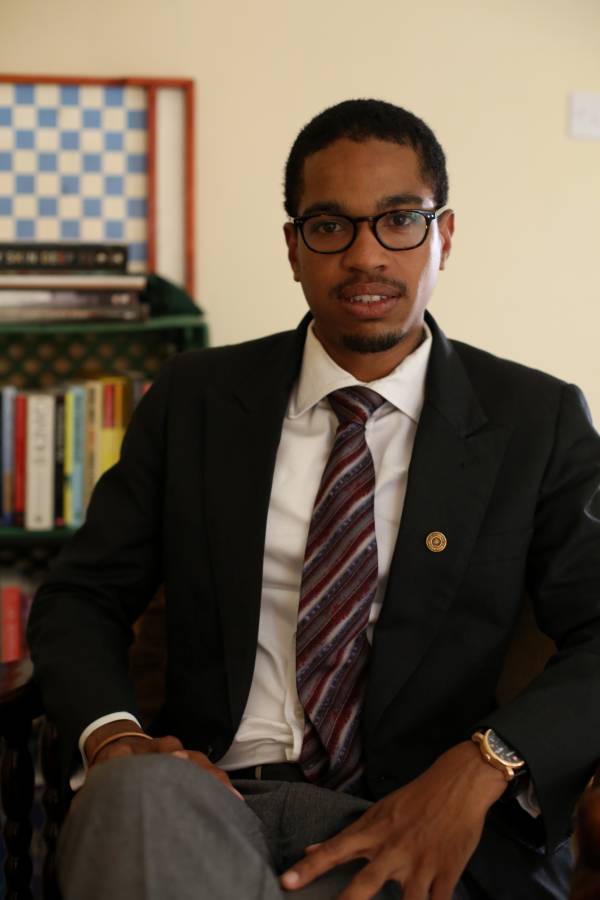 In a recent article, my learned friend, Ms Claudette Joseph responds to some of the points I made in an article.

She battens down on her position that ‘gender’ as defined in the Bill of Rights, is sufficiently wide to include other genders. Her argument goes — ‘gender’ refers to ‘characteristics’, and natural born males can have female ‘characteristics’ through hormone therapy or body augmentation — I agree up to this point. She then concludes that this means that the definition of gender includes ‘other genders’. My learned friend loses me here because she assumes that transgender is a gender. Transgender is not a gender, but rather, a gender identity; someone identifying as a gender (man or woman), not typically associated with their biology. Returning to the definition of gender in the proposals, they refer to the the characteristics pertaining to and differentiating between male and female. In other words, if the characteristics in question do not BOTH pertain to male and female AND differentiate between male and female, it does not fall within the meaning of gender as proposed by the amendments. The proposals recognise only 2 genders — man and woman.

Building on the faulty premise that transgender is a gender, my learned friend then makes the point that the gender equality provisions, along with other provisions, open the door for LGBTI rights. Her argument goes, that a person who “identifies as a gender different from their sex” — note the words she uses — will be entitled to protection of the law. But here again, she is talking about gender identity, which the proposals do not recognise or protect.

My learned friend hints at conspiracy when she says that “[t]he broad definition of gender in the Bill is perhaps not accidental”; the suggestion being that maybe the definition of gender is deliberately broad to allow LGBT rights. She then indicates that Malaika Brooks–Smith–Lowe and I, at a public CRAC consultation, made a “passionate plea for the LGBT community to be recognised and provided for in a reformed constitution”. I don’t know whether my learned friend means to suggest a connection. Our “passionate plea” was for sexual orientation and gender identity to be added as prohibited categories of discrimination — proposals which were rejected by the CRAC. My learned friend could have been more precise in describing our submissions, but what is life without a little melodrama.

Different people have fronted my LGBT to discredit my views on the Bill of Rights proposals. The tone is — “he must say dah ! ent he want gay rights?!”. Groundation Grenada has done work around children’s rights, child sexual abuse, women’s rights, domestic violence and literacy — all things which the proposals address in different ways. Our advocacy around these other issues have not received the same attention; they are not as sensational. As my reporter friends tell me, dog biting man is not news; man biting dog is news. So preoccupied are we with what grown adults do in their bedrooms, that expressing the idea that LGBTI should not be discriminated against, is as outrageously sensational as man biting dog — apparently.

Modern vs Traditional Meaning of Gender

My learned friend suggests that gender has a ‘modern’ meaning, separate from its traditional meaning. She refers to an article by Nicole Laviolette in which gender is described as being “linked to the hierarchical relationships between men and women and […] encompasses the identity social status, and roles and responsibilities of men and women” — but this is exactly what gender is, and always has been. Laviolette explains and my learned friend quotes that “[t]he broader notion of ‘gender’ [broader than ‘sex’], which includes social, political, and psychological elements, ‘provides a means to argue that the relative positions of men and women can be challenged and changed.” This is exactly the point of the women’s equality movement. But to use these statements to say that gender has a new meaning is a strange leap of imagination. In making that leap in her article, my learned friend reaches for explanations of gender identity, conflating it with gender.

This follows the pattern of people opposing the proposals; pluck a ‘gender identity’ from here, and a ‘gender expression’ from there, and ‘what the pope said about gender theory’ from over there, mixing them into a pelau of an argument; all the while ignoring that the proposals speak simply about ‘gender’ and ‘gender equality’ and that these are defined in a way that excludes other gender related concepts.

The Reason for Saying ‘Gender Equality’

The same Laviolette in the same article my learned friend refers to, makes this same point in academic language. She says:

“In contradistinction to ‘gender’, ‘sex’ is used as a biological category. By now, the category of gender has become the preferred framework of reasoning, as the category of sex involves the risk of biological reductionism. In other words, not every politically interesting aspect of the differences between women and men is related to their biology.”

Truth be told, for all mélee it has caused, if there were sufficient time to completely remove the word gender from the proposals, I would be as happy as a jab on j’ouvert. But with the referendum looming [next week], there simply isn’t sufficient time.

My learned friend suggests that our current constitution cannot be used to mount a plausible challenge against LGBTI discrimination — thereby implying that gender equality, with other provisions, indeed ‘opens the doors’ to LGBT rights. I previously discussed cases (Orozco & Legal Services Commission) where claimants had used rights already in our current constitution to win rights for LGBT people. My learned friend’s argument is that those cases were decided as they were, because the relevant constitutions contained a right to equality before the law/equal protection of the law — a right which does not exist in our current constitution. What my learned friend misses is that each of the grounds in the cases were ‘stand alone’ grounds. Let me explain. When a court decides a case, the reasons for the decision are broadly referred to as ‘grounds’. Sometimes, there are multiple grounds that are so intimately interwoven that the absence of one renders a completely different outcome. This is not always the case. Other times the grounds, though many, ‘stand alone’; i.e, each ground is capable by itself of rendering the same outcome. So, In Orozco, the court found that section 53 of the Belize Criminal Code violated Orozco’s right to privacy — as a stand alone ground, his right to equality before the law -— as a stand alone ground, and his right to freedom from discrimination on the basis of sex (which exists in our constitution) — as a stand alone ground. Any of those grounds individually would have rendered the same outcome – a finding of violation and s striking down of section 53. The same is true for the Indian case and their consideration of whether the rights to freedom of expression — also in our constitution — were violated. My learned friend is wrong therefore in raising the right to equality before the law/equal protection of the law, as a point of distinction.

“The ‘living instrument’ principle has its reasons, its logic and its limitations. It is not a magic ingredient which can be stirred into a jurisprudential pot together with ‘international obligations’, ‘generous construction’ and other such phrases, sprinkled with a cherished aphorism or two and brewed up into a potion which will make the Constitution mean something which it obviously does not.”

So as we see, it is no contradiction to say that courts generally apply an expansive interpretation to constitutional rights but that gender will be interpreted narrowly. This is because gender is specifically and narrowly defined; courts will be bound by that narrow definition.

In concluding, I want to cut through the cunning suggestions that my interest in this conversation is an LGBT one. I am a human rights lawyer and activist; I am also as a Grenadian who stands to benefit from these provisions, or to suffer from their absence. The referendum vote on the 27th determines what rights I have or don’t have; determines how and in what ways government can interfere with ME; and, under what circumstances I can take them to court for any interferences. Winston Churchill said famously that the best argument against democracy is a 5 minute conversation with the average vote. I believe, like Churchill believed, that democracy with all its imperfections is still the best form of political organisation. However, I lament the fact that come 27 November, people who don’t care to distinguish between different gender related concepts, who don’t understand how constitutional interpretation works, and who believe the nonsense arguments of the AEC, will vote on the rights that I (and you) have. The trump presidency bears witness to the power of ignorance and bigotry. Grenada be wise.

NOW Grenada is not responsible for the opinions, statements or media content presented by contributors. In case of abuse, click here to report.
Tags: amendmentclaudette josephconstitutioncracgendergroundationlgbtreferendumrichie maitlandrights & freedomrights & freedomssex
Next Post