Response from the Supervisor of Elections to Mr James Bristol

Response from the Supervisor of Elections to Mr James Bristol

This story was posted 6 years ago
in PRESS RELEASE
5 min. read

Re: Writs of Constitutional Referendum issued the 19th October 2016 (“the Writs”)

I thank you for your letter of November 14, 2016 regarding the captioned matter, which was received on November 15, 2016. I note that your letter was circulated to the media even before I had the opportunity to see it the following day.

You have requested that I respond by Thursday, 17 November, 2016. I now comply with your request. I do this in the hope that we can work together in order to have this process come to fruition. After all, the office of Supervisor of Elections stands ready to conduct this first-time process in our country in an impartial and transparent manner, in accordance with the Constitutional Referendum Act, No. 25 of 2016 (“the Act”).

Having carefully analysed the contents of your letter, I gather that you are not contending that the writs and the corresponding bills were not published in the Government Gazette and in two (2) local newspapers on two (2) separate occasions as required by the Act.

I note that while your letter contains nineteen (19) “observations”, in only nine (9) of those observations you seek to raise any issue of concern.

The issues you raise may be grouped into four (4) categories, namely:

I will now attempt to provide you with a “reasoned response” to each of the four (4) identified issues as you have invited me to do in your letter.

II. Failure to deposit issues/publications with the Registrar, (observations 9 and 14)

It is my humble view, even as you have cited the reference to the Newspapers Act, that the obligation to deliver or cause to be delivered a copy of the newspaper to the Registrar of the Supreme Court lies with the printer or publisher of the newspaper. Further, it is my respectful view that I cannot be held responsible for any failure of the printer or publisher to comply with such obligations, if there were such failure. Nor can their failure so to do, if there was any such failure, have any effect on, or relationship to the Constitutional Referendum Act. Additionally, as you have quite helpfully pointed out at observation 19, the Newspapers Act which creates the duty has also set out the enforcement scheme for violation of the requirement.

III. Features of the ballot paper to be used in the Referendum, (observations 17 and 18)

The issues regarding the ballot paper to be used fall into 2 sub-categories, namely,

Distinction of each Referendum ballot paper

In the circumstances, I am of the humble view that the use of both forms of distinction does not in any way make the process unlawful or deficient contrary to what you suggest.

Dating of the ballot paper

On this issue, I note that you have not attempted to assist me by providing the basis for your contention that the “ballot forms must be dated with the actual referendum date”. I am aware of no such legal or other requirement and I would be most grateful if you would be so gracious as to direct me to where such a requirement may be found.

IV. Availability of the Grenada Advocate, one of the newspapers used for the publications, at the “usual outlets” (observation 16)

Thank you again for bringing to my attention the matter of the availability of the second issue of the Grenada Advocate of 21st October 2016. I must confess, however, that I am unfamiliar with what is meant by the phrase, “the usual outlets” and I would be grateful if you would explain to me what this phrase means. I am assured that the issue/publication referred to was in proper circulation to the general public.

Before I close, I feel obliged to repeat my requests for information on certain matters which were made above to you. I would be grateful to hear from you soon.

Thank you once again for your communication and the interest shown by you in the referendum process. I look forward to strengthening the collaboration with all stakeholders. The Parliamentary Elections Office welcomes you at any time to discuss your concerns in regards to the conduct of the referendum and voter registration.

However, I must say in conclusion that I am not convinced that anything in your letter of November 14, 2016 supports your allegation that there are “serious deficiencies in the referendum process”. Instead, I am satisfied that the office of the Supervisor of Elections is guaranteeing a sound process regarding the referendum coming up next Thursday, November 24, 2016.

May Almighty God continue to guide us!

The Supervisor of Elections further advises that he has received notification confirming that Mr. Bristol’s chambers has received his letter.

NOW Grenada is not responsible for the opinions, statements or media content presented by contributors. In case of abuse, click here to report.
Tags: alex phillipconstitutiongazettejames bristoljimmy bristolletternewspapernoticereferendumsupervisor of electionswrit
Next Post 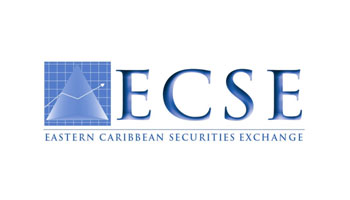