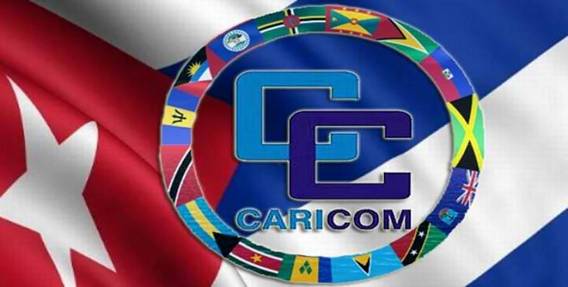 December 8 marked the 44th anniversary of relations between the Caribbean Community (Caricom) and Cuba — marking the anniversary of the historic decision of Barbados, Guyana, Jamaica and Trinidad and Tobago, to simultaneously establish diplomatic relations with Cuba in 1972.

The First Caricom–Cuba Summit was convened in Havana in 2002, initially as a meeting of Heads of State and Government to commemorate the 30th anniversary of the establishment of bilateral relation with those 4 nations; in that context, 8 December was chosen as the “Caricom–Cuba Day.”

On the occasion of the First Caricom–Cuba Summit, Commander in Chief Fidel Castro noted: “This unquestionably brave political decision, adopted by small and newly independent countries in a climate of hostility and enormous pressures, was a fundamental step toward breaking the diplomatic and trade blockade on Cuba in the region, and a breach of the isolation imposed on Cuba through the OAS. Cuba will never forget this noble gesture on the part of its Caribbean brothers and sisters.”

The historical ties that unite Cuba and the Caribbean are based on the principles of solidarity, friendship, selflessness, gratitude and full support, as outlined by the leader of the Cuban Revolution.

For more than 4 decades, cooperative ties have been maintained and developed in many areas including health, education, human resource training and energy.

Caricom is made up of 14 independent states and the island of Montserrat, as well as 5 associated members: Anguilla, Bermuda, the Cayman Islands, the Turks and Caicos Islands and the British Virgin Islands.

Embassy of Cuba in Grenada