This story was posted 5 years ago
in Agriculture/Fisheries, General News
2 min. read

Grenada on Wednesday received 99.3 mm of rain, and forecasters at the Point Salines Meteorological Services said that it was due to a weak low-level trough.

Forecaster Eugine Whint said that this is equivalent to 3.92 inches of rain. “So far for this month, we recorded 154.3 millimetres of rain, with 99.3 millimetres being recorded over the past 24 hours,” said the meteorologist.

“This is quite a significant amount, as it represents a high percentage of the total amount we have received for December,” he said, while explaining that more rain is expected throughout the day.

The heavy showers have resulted in minor and serious landslides, as well as flooding throughout the island. Sendall Tunnel in St George’s is flooded with water, and is impassable to both motor and human traffic.

Head of the Community Relations Department of the Police, Sylvan McIntyre, via a radio call-in programme officially informed the travelling public to use alternative routes to get in and out of the Grand Anse area, because there is a major landslide that blocked a significant side of the road close to the Grand Anse Catholic Church. “This has resulted in one lane traffic. Vehicles are actually driving on the sidewalk,” he said.

Whint said that Point Salines is among the driest locations on the island, and receiving such sudden increase in rainfall is an indication to the amount experienced in mountainous and other areas.

The heavy showers came the same day that Government paid out EC$225,000 to farmers in the rural parish of St Andrew as a means of compensation, after heavy rains in November damaged and or destroyed crops and farm equipment.

NOW Grenada is not responsible for the opinions, statements or media content presented by contributors. In case of abuse, click here to report.
Tags: agricultureeugine whintfloodgrand anselandslidelinda strakermbiamet officemeterologicalapoint salinesrainSylvan McIntyre
Next Post 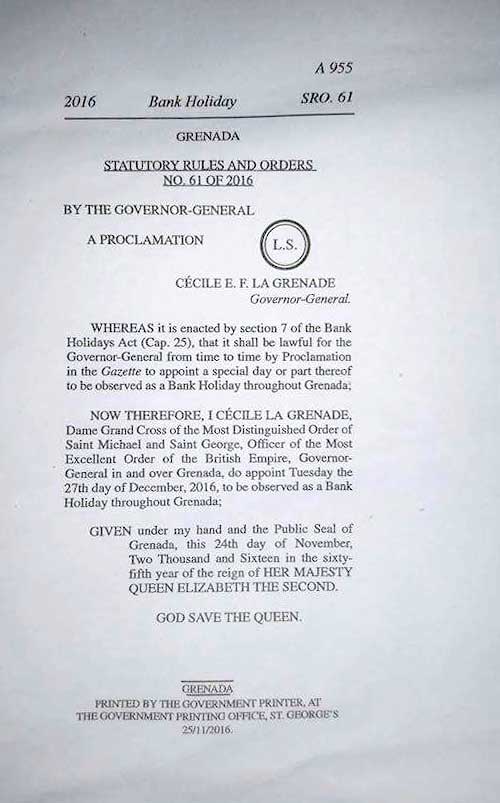