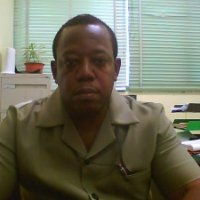 Assistant Superintendent Damian Lee walked out of Court on Monday 19 December as a free man after the jury returned a not guilty verdict.

In August of this year, 34-year-old Bruce Beggs was allegedly trespassing on ASP Lee’s property in Williamson Road, St George, where he was shot in the upper left thigh.

Beggs was later pronounced dead and the autopsy revealed he died as a result of hypovolemic shock.

The Coroner’s Inquest to determine whether or not ASP Lee was responsible for the death of Beggs, began on 10 November 2016.

According to ASP Sylvan McIntyre, officer in charge of the Community Relations Department, the panel found that the officer’s actions were justified, and the force used was considered reasonable.

ASP Lee was represented by Attorney-at-Law George Prime, who affirmed his client’s exoneration, stated that “he has done nothing wrong.” He said Lee is not charged with any offence, and therefore he has nothing hanging over his head.

Prime noted that the ASP’s actions were in fact “justifiable by law.”