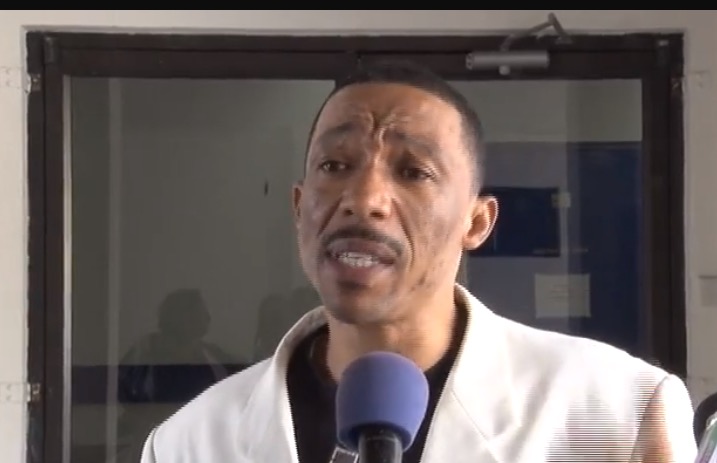 Tuesday 13 December 2016 proved to be a memorable day for Cassius Batson, as he walked out of the #5 High Court as a free man.

In 2014, 45-year-old Cassius Batson of Grand Anse, St George, was arrested and charged with 4 counts of rape. He was placed on remand at Her Majesty’s Prison, where he spent 27 months awaiting his trial.

Batson, who is a barber by profession, maintained his innocence from day one. He was represented by Attorney-at-Law George Prime, while Justice Shiraz Aziz presided over the matter.

After reviewing the evidence presented to the Court, a 10-member jury found Batson not guilty on all charges.

Moments after his charges were dropped, Batson spoke to the media, saying “I feel good to be free.” He thanked God for keeping him safe while he was in prison, and he longs to see his children who have been suffering while he was behind bars.

Batson said he was surprised and never realised people could be that vindictive and wicked, “to look someone in their eyes and say they have done these things to them,” when it isn’t true.

“It affected me greatly, because it eliminated me from my family and friends and gave people a wrong impression about me,” Batson expressed. He said that his past is not necessarily a reflection of who he is today, and people should not judge others. He is looking forward to reuniting with his family, friends and community.

While at the prison, Batson said he continued to pray and ask God to prove his innocence, and although this caused him much grief, he is planning to make a conscious effort to turn things around for himself. He also noted that he will be returning to his profession.

The Assizes for September 2016 had a total of 63 sexual offences, 30 for rape, 10 being matters of incest acquittal, 15 cases of sex with girls under the age of 16 (carnal knowledge), and 7 matters involving indecent assault and unnatural carnal knowledge.

Batson’s exoneration came shortly after former Corporal Lennard Benjamin was sentenced to 15 years for sexual offences. According to the Senior Crown Council attached to the Office of the Director of Public Prosecution, Howard Pinnock, most of the offences that are being prosecuted now, happened post-September 2012 when penalties were increased. Additionally, he noted that there has been an increase in sentences. He also confirmed that the conviction rate in Grenada’s High Court is over 80%

Speaking about acquittals such as Batson’s, Pinnock said there has been a very low rate of acquittal over the past 3 to 5 years.

Bus Operators are $283,020 in arrears at St George’s Bus Terminus