Feliz Navidad at the Venezuelan Institute for Culture & Cooperation

Feliz Navidad at the Venezuelan Institute for Culture & Cooperation 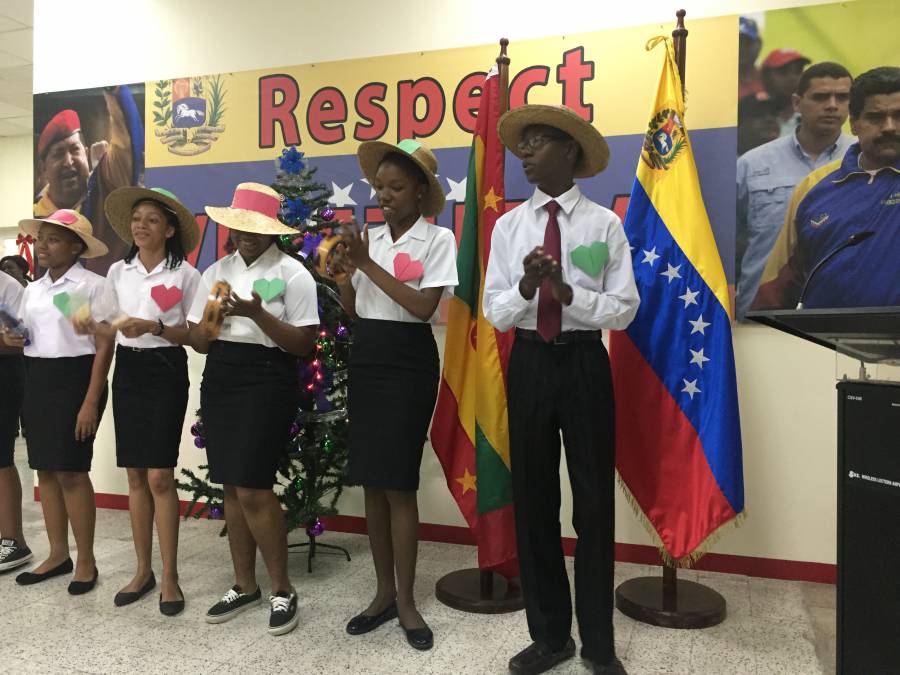 The students of the Venezuelan Institute for Culture and Cooperation celebrated Christmas the true Venezuelan way on Thursday, 15 December.

To close off the year and the final semester, the Insitute hosted their annual ‘Parranda Navidena’, which included song and poetry recitals in Spanish, with well-known pieces from Venezuela and Latin America, mixed in with a little bit of the neighbouring English-speaking Islands. Music and poetry were not the only things on the agenda last Thursday evening. The students from the adult groups competed against each other in a gastronomical feast! Each group was tasked with preparing a Venezuelan or Grenadian Christmas dessert, that they had to adequately couple with a Christmas drink. Grenadian and Venezuelan judges awarded the first place to a Venezuelan ‘Coconut Crème’ cake which was tastefully paired with Venezuelan ‘Ponche de Crème’ or what is locally known as ‘Punch a Cream’.

Students were also awarded certificates of completion for particular levels as well as recognised for outstanding performance in other areas. The activity culminated with a special rendition from the staff at the Institute and closing words from His Excellency Jorge Guerrero Veloz. He expressed his gratitude and delight for the exceptional performance and support from students and parents and encouraged them to continue to support the Institute’s endeavours to not only teach Spanish a second language, but to enrich each other’s lives with continued social and cultural exchanges.

Christmas Message from the Prime Minister