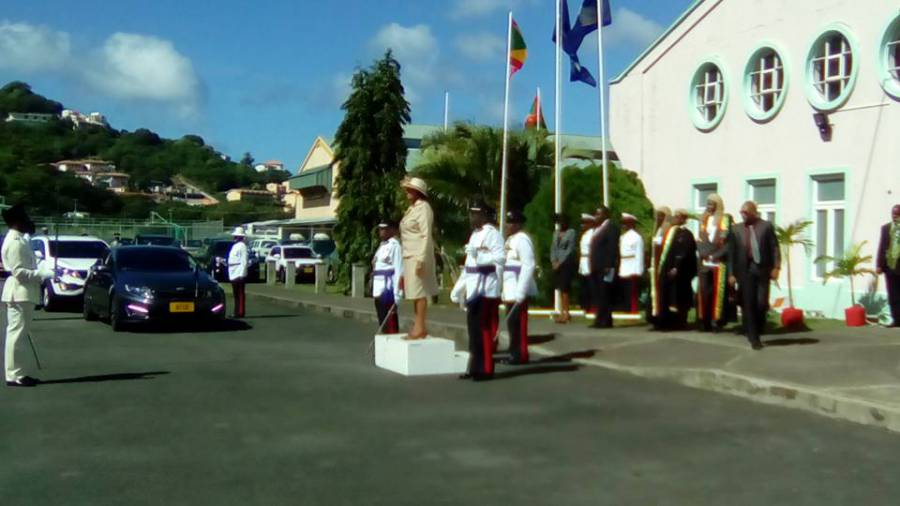 The issue of pensions for public officers who joined the service after 1983, is expected to be settled within the next 18 to 24 months, with the Caribbean Regional Technical Assistance Centre (CARTAC) playing a significant role in the long-outstanding problem.

In 1983, the then People’s Revolutionary Government (PRG) approved legislation to establish the National Insurance Scheme (NIS) — which at the same time provided provisions to provide public officers with a pension upon retirement instead of Government.

However, pension for public officers is a constitutional right. A few years ago, a retired public officer took the matter to Court, which eventually ruled in her favour, but also ordered the money she received from the NIS to be returned.

In delivering the Throne Speech on Friday to ceremonially commence the Fifth Session of the Ninth Parliament, Governor-General Dame Cécile La Grenade said that without a doubt, pension reform remains perhaps the most significant issue negatively affecting the public service.

“My Government remains firmly committed to finding a collaborative and comprehensive solution to this problem. With this goal in mind, my Government has begun the process of bringing this issue into resolution within an 18 to 24 month period,” she said.

“The first step taken was to seek independent and technical advice from the Caribbean Regional Technical Assistance Centre. The CARTAC report, which was shared with the public sector unions, is a starting point that has helped us define the problem and outline possible interventions to resolve the issue,” she said.

The Head of State said that since receiving the report, Government has developed a detailed proposal for a collaborative roadmap, inclusive of a time-bound task force, made up of representatives of all public sector unions and the Government, and with appropriate technical support from the National Insurance Scheme and other entities.

“My Government has shared the roadmap with the public sector unions and is awaiting their early response to start work,” she said.

Grenadians shine at BVI Half Marathon