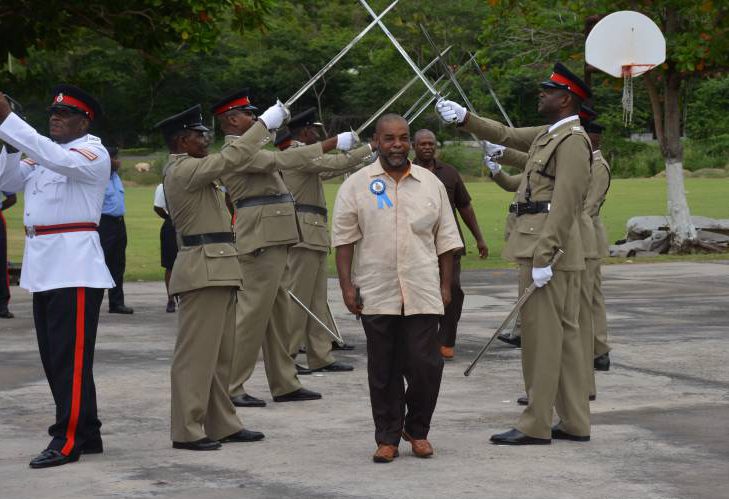 21 officers of the Royal Grenada Police Force (RGPF), who contributed a total of 513 years between them, were honoured during a retirement ceremony held at the Special Services Unit compound on Thursday, 1 December 2016.

Under the theme: “Embracing those who Served; United to Keep Grenada Safe,” the former officers, some of whom contributed as many as 40 years, bid goodbye to the service.

Each of the retirees was given a plaque and a blue ribbon in recognition of their sterling contribution to the RGPF.

Delivering the feature address, Sociologist Claude Douglas commended the retirees for their respective contributions to the work of the Force, adding that their long and outstanding security services rendered is deserving of high commendation and celebration. Meanwhile, Acting Commissioner of Police Winston James expressed his appreciation to the retirees for their influence to the security and stability of the nation and wished them greatness in their future endeavours.

The Grenada Community Library Has a true home at last!