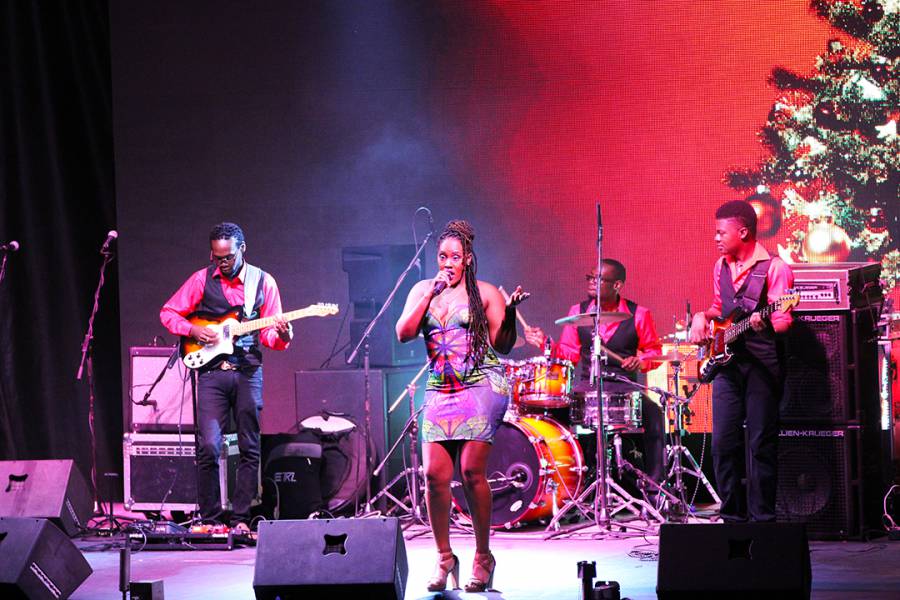 Classy, exciting, world class and fun, were just a few of the terms used by patrons to express their delight with the Rotary Club of Grenada’s Carols by Candlelight fundraiser, holiday event.

Around 2,000 patrons attended the annual event, which was hosted once again at the Rotary-operated Quarantine Point national park on Sunday, 4 December. Visitors to the park, who also sang along with Christmas Carols, were dazzled with a magical holiday light display, fun activities for the kids including face painting, Santa’s booth with hundreds of toy giveaways and a bonfire for roasting of S’mores, as well as a wide selection of food ranging from soup to sushi with much in between.

The Motown-themed concert, produced by Richardo Keens–Douglas was the highlight of the evening. The quality of the production rivalled that of concerts produced internationally. Gloria Williams, Rotary Club President remarked, “We are honoured by the overwhelming support received from the public, sponsors and volunteers. The event continues to grow each year and we will continue to deliver a quality event which our patrons have come to expect”.

The fun did not end at the Quarantine Point, however. The Rotary Club still has a few surprises in store! Patrons are invited to download the event app in the Google Play Store (Carols by Candlelight), Apple App Store or visit http://cbc.pixelperfect-apps.com to register and enter a draw to win folding chairs and a Samsung J5 smartphone all compliments of Digicel.

The Rotary Club of Grenada thanks major sponsors, Netherlands Insurance, Digicel, Waggy-T Rentals and Sound, Flow, GrenGraphics Design, Judah Sound System, other sponsors, supporters and volunteers, for the role they have played in making this year’s event a resounding success.

Lucky winners of the draw will be announced on Monday, 19 December.