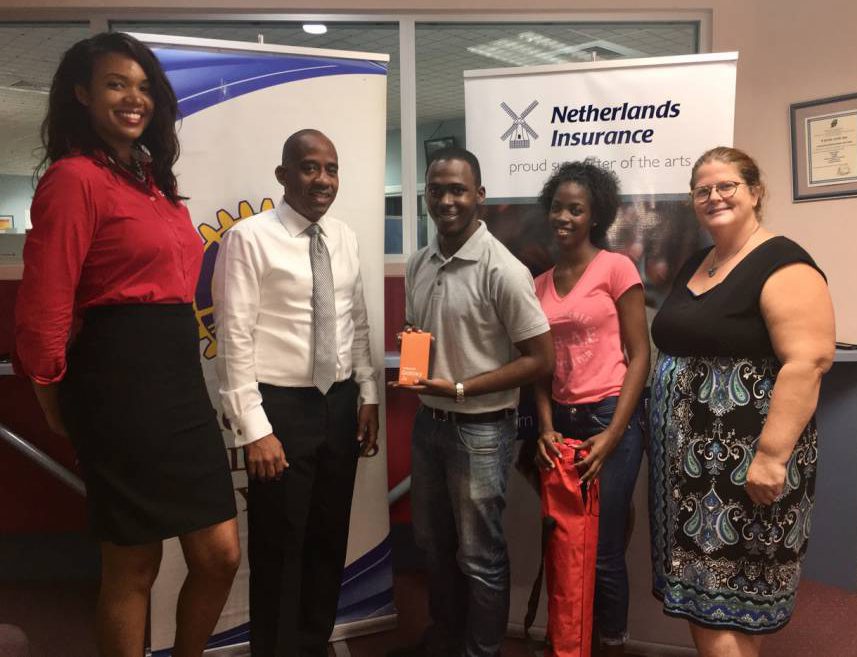 This story was posted 5 years ago
in Arts/Culture/Entertainment, PRESS RELEASE, Technology
2 min. read

Rotary’s Carols by Candlelight patrons are winners in the event’s app prize draw promotion, which began on Monday, 19 December.

Following the success of Rotary Grenada’s Carols by Candlelight (CBC) event on Sunday, 4 December, patrons were encouraged to download the event app, which was specially designed for the occasion. The app featured biographies of the featured artistes, event attractions, the option to vote for favourite artiste, and to register to win prizes compliments of event sponsor, Digicel.

Gloria Williams, President of Rotary Grenada stated, “We were pleased with the event turnout — which attracted over 2,000 persons — as well as patron’s participation in the prize draw. The Motown-themed concert was a huge hit with our guests, and for the first time an encore performance was hosted at Spice Basket Theatre for persons who were not able to attend CBC or preferred an indoor setting.”

“Each year, new additions are being made to the host of activities and attractions offered at CBC. We congratulate the winners of the draw and guarantee an even more impressive event in 2017”, she continued.

The Rotary Club of Grenada thanks local company Pixel Perfect Apps, for the design of the mobile application which was a welcome addition to the numerous innovations brought to Carols by Candlelight; Sponsors Netherlands Insurance, Digicel, GrenGraphics, Flow and Waggy T Rentals and Sound Co.; other sponsors, volunteers, and the patrons who all contributed to the success of the 2016 event.

NOW Grenada is not responsible for the opinions, statements or media content presented by contributors. In case of abuse, click here to report.
Tags: carols by candlelightcbceventevent apppromotionrotary clubwinners
Next Post