China Could Become an Axis of World Football

China Could Become an Axis of World Football

This story was posted 6 years ago
in Football, OPINION/COMMENTARY
4 min. read

The President of China has established a clear vision for football in China. That vision provides for China — by 2050 — to be a world football powerhouse.

In the interim, by 2020, China plans on opening 20,000 specialist football schools and 70,000 football pitches; and having 30 million to 50 million primary and middle school students playing the sport. To achieve these goals, part of the strategy is to make the Chinese Super League attractive by having some of the world’s top footballers and coaches plying their trade in China. As a result, in recent times we have witnessed the likes of Graziano Pelle, Ramirez, Ezequiel Lavezzi, Hulk, Gervinho, Carlos Tevez, and Oscar signing contracts to play club football in the Chinese Super League.

As well, coaches like Felipe Scolari, Sven Goran Erickson and Andre Villas-Boas are now plying their trade in China. Coaches and players alike are being well paid.

Now, money does not buy instant success. However, this investment by the Chinese has shaken world football to its roots. This, to me, is more significant than the corruption that rocked FIFA over the last decade or so.

It is not lost on me, the fact that FIFA — the Zurich-based Federation of International Association that includes the Grenada Football Association led by Cheney Joseph — was a well-known corrupt institution for years; but, it is only when Britain and the USA lost World Cup bids that the powers-that-be started to investigate and bring charges against members of the world governing body for football. The initial offensive was against Trinidadian Jack Warner, then a vice-president of FIFA. He, seemingly, was the worst villain, until we discovered that crookedness in FIFA spread far and wide and went all the way to the top to then president, Swiss-born Sepp Blatter.

The United States investigating corruption in football — or rather soccer, as the American call the game — is arguably the America’s greatest interest in the sport.

The truth is, from time immemorial, Europe has had the best football leagues in the world, and for some time yet, that will remain the case. However, it is an extremely positive development that another part of the world, through the Chinese Super League, is threatening to challenge Europe’s status.

Major League Soccer, involving American and Canadian clubs, and the championship in Qatar, have attracted players in their twilight years and provided a final pay cheque for ageing footballers. As such the Europeans never complained. Now, however, they are ‘bad-mouthing’ the Chinese, because the Super League is attracting players and coaches who are still in their prime.

These Europeans, since the days of colonialism, always have had this superiority complex for all things including sports, fashion, music and every aspect of life; thus, suggesting that every other civilisation is second to them. This European mindset is prevalent in cricket. In the 1970s through to the 1990s, a group of highly motivated and talented Caribbean professionals, popularly known as the West Indies Cricket team, shattered the European myth through their dominance of the game, both the long and short versions. It hurts that the Windies cricketers have relinquished their dominance over England, Australia and other cricketing nations.

The Europeans’ response to the Chinese Super League is not altogether surprising. They complain that the Chinese are ‘throwing’ ridiculous monies at the footballers. Maybe, this is true. But, for years, Europe did the same, buying the best players from Africa and South America; poaching skilled players from smaller, poorer clubs in developing countries, offering them huge sums of money.

Indeed, the culture of the big swallowing the small has always been true in football, with the large clubs purchasing players of smaller clubs. The Barcelona, Real Madrid, Manchester United and Bayern Munich continue to grab the best players from less wealthy franchises.

The economy of football has always dictated the transfer of players. In the 1980s the Italian clubs of AC Milan and Inter Milan attracted the best talent. Soon, the 2 big clubs of La Liga in Spain began to influence where the best footballer played; and, they still do. However, because of the money in the English game, the best coaches and players are attracted to the British Premier League, which has the strongest football economy.

The Chinese Super League, at the moment, is merely competing with the finances of Europe and the Chinese are doing a fine job at it. I sincerely hope that their league will grow to rival that of Europe’s, although it will take some time.

However, we must be clear that what the Chinese are doing is no disgrace. It is good for the coloured peoples of the world. Europe and America cannot be the centre of the universe for everything good.

Other nations can provide the world with a great alternative as the centre of attention. In this case, the axis of world football can very well be China!

NOW Grenada is not responsible for the opinions, statements or media content presented by contributors. In case of abuse, click here to report.
Tags: arley gillchinafifafootballsoccersports
Next Post 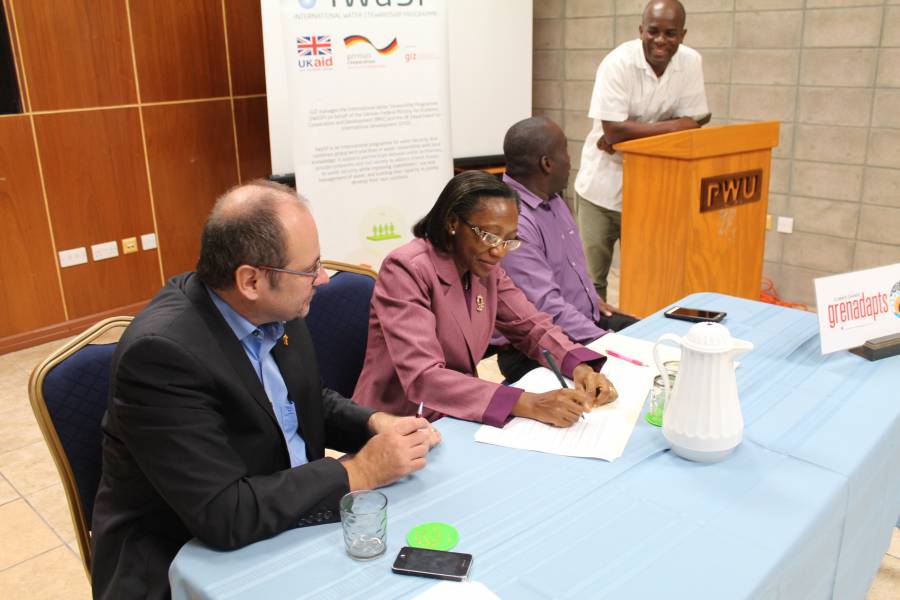