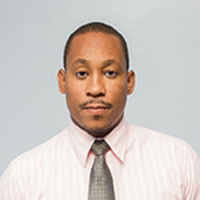 Mike Sylvester, Permanent Secretary in the Ministry of Finance has said that the one-off payment of EC$1,000 being offered to public servants for the period 2013 to 2016 is the best Government can afford, because paying more than that will be a violation of the Fiscal Responsibility legislation.

This legislation was approved in 2015 with an amendment in 2016, and it provides for Government’s salaries and wages to be no more than 9% of the GDP (Gross Domestic Product).

“If we offer anything beyond that EC$1,000 we will be in violation of the law. If they want more than the EC$1,000, they will have to take less than the 3% because we would have worked all the numbers, and so what is there is basically Government’s best offer to keep within the law” said Sylvester, who was appointed to the position one year ago. He replaced Timothy Antoine who is now heads the Eastern Caribbean Central Bank.

The one-off payment of $1,000 will cost Government approximately EC$$7.36 million, said Labour Minister Oliver Joseph, who explained that not all workers will receive that amount. “It’s $1,000, but if you’re working for less than a year, then you will get a lesser amount – you will get $500. You would not get the same amount as those who worked for more than a year. They will get $1,000” he told the media during last week Tuesday’s post-cabinet briefing.

André Lewis, President General of GTAWU, said that EC$3,000 will only cost Government EC$17 million, and that there are creative ways to find the money.

The other unions, namely the Grenada Union of Teachers (GUT), Grenada Manual Maritime and Intellectual Workers Union (GMMIWU), and Police Welfare Association, have already reached a settlement with the Government Negotiating Team.