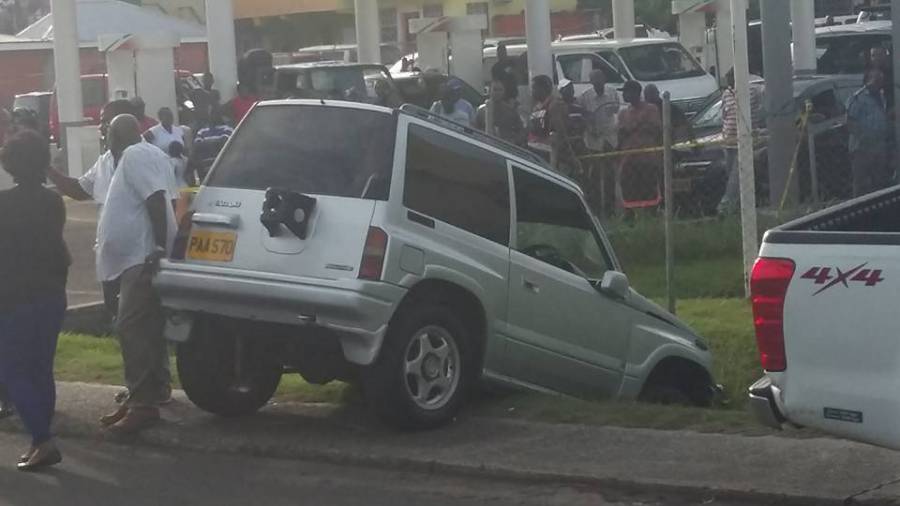 An early afternoon accident on Friday 30 December on the Maurice Bishop Highway in Grand Anse has left one man dead.

Reports are that the deceased, Martin Charles, who hails from the parish of St Andrew, was on his way to Amerijet with a female passenger. He was driving a silver Suzuki SUV. After losing control of the vehicle, the van swerved and came to a stop in the ditch at the front of C-TEC Service Station near to the ‘Sugar Mill’.

Onlookers who were at the site of the accident speculated about the cause. One man who was sitting at the gas station at the time of the accident believes the driver suffered a heart attack while driving, causing him to lose control of the vehicle.

The onlooker commended the Police Officers who he said arrived at the scene “within about 7 minutes,” although he said that there was a significant delay before the ambulance arrived.

Police are yet to confirm the actual cause of death.