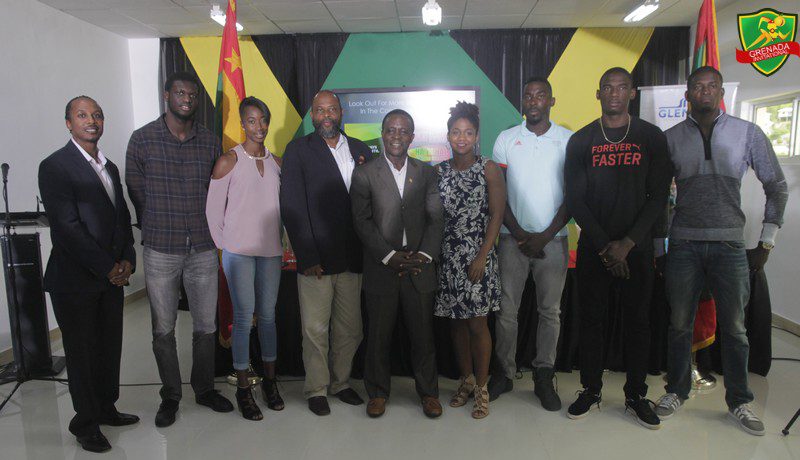 This story was posted 6 years ago
in Athletics
3 min. read

Saturday 8 April 2017 is the date selected for the hosting of the Grenada Invitational, which is expected to be one of the most successful sporting events, with top local, regional and international athletes competing at the National Stadium.

Star Bahamian athlete, Chris ‘Fireman’ Brown, in a press briefing on 29 December 2016, announced some of the athletes who would be participating at the inaugural event. Grenada’s Kirani James, Kurt Felix, Kanika Beckles, Rondell Bartholomew and Bralon Taplin will be competing against athletes like Asafa Powell, Ashley Spencer, LaShawn Merritt, Justin Gatlin and Veronica Campbell Brown.

Chris Brown went on to say that over 200 athletes expressed interest in participating, however, there were not able to accommodate all of them.

Organiser of the upcoming sporting event, Michael Bascombe, said he was elated to see the number of athletes wanting to participate in the Grenada Invitational. He also commended the members of the Local Organising Committee for the work they have been doing.

Minister for Sports, Hon. Roland Bhola, affirmed his Ministry’s commitment to ensuring that the event is indeed successful. He said they would like to be able to sponsor one of the local athletes to further their education, instead of waiting for colleges to come to them.

Prime Minister Dr Keith Mitchell, who was also present at the briefing, expressed his excitement about having an event of this nature happening in Grenada. He called on all Grenadians to “maximize the potential and successes of this for the future.”

The Prime Minister noted the quality and quantity of athletes who will be participating in the event, and said “it’s a sign that this is going to be a highly successful event.”

In speaking about the number of activities to be held in 2017, including the annual Inter College Meet, other sports meets, and the upcoming Pure GrenadaMusic Festival, the PM said, “a combination of all these activities will bring the message that Grenada is certainly on the move as a country.”

Although Kirani James said he was unable to confirm his participation in the Grenada Invitational, he said he believes it is a “big deal,” and it is also an opportunity for the younger local athletes to see regional and international athletes.

Rondell Bartholomew, who suffered an injury in 2012 but has since returned to the tracks, said he thinks this is a really good opportunity for the younger generation.

An excited Kanika Beckles noted that this “will be a good chance to develop athletics in Grenada.”

Tickets for the Grenada Invitational are expected to go on sale 30 January 2017: