This story was posted 6 years ago
in Environment, OPINION/COMMENTARY
3 min. read

Sand mining continues to be illegal in Grenada. People have been prosecuted and sentenced by the Courts for this offence. There are some beaches which have been designated as places where sand can be removed legally by the present administration. One beach in St David and other small areas where the removal of sand allows for better thoroughfare for water from various river outlets and drains, such as the one in Mt Craven.

Recently, there has been a serious increase in the incidents of sand mining along the Mt Craven/Mt Rodney beaches. On Wednesday, 7 December, a backhoe was taken onto the beach and more than 8 truckloads of sand were removed from the beach. Visitors such as Dave and Linda, who are staying in Mt Rodney, and a handful of local people protested vehemently, but the response from the sand miners was that they had permission from the authorities, plus the removal of sand was for a local church and therefore why should people complain. The local police station was contacted several times and arrived at some point, but seemed unable to prevent the carnage taking place on the beach.

On Friday, 9 December, a pickup truck was seen removing at least 20 bags of sand from close to the drain in Mt Craven. In conversation with people who live close by, they made it clear that the sand was NOT taken from the drain, as it was running freely, but from the beach itself. They confirmed that people are allowed to take sand from the drain if it is blocked in order to ensure free flow of the water, however the drain was witnessed as not in any way being hindered by an overflow of sand. They also stated that there has been an increase in sand being taken from the beach nearby and NOT from the drain.

Grenada is a signatory to numerous Climate Change/Biodiversity/Environmental declarations, and has solicited millions of dollars in funds from the International community, towards mitigating against and adapting to climate change. Yet people do not seem to understand that Grenada is one of the Small Island States which is extremely vulnerable to coastal erosion because of climate change. Grenada seems to be bent on continuing with degrading the beaches, our buffers between the sea and the land, which makes the island even more vulnerable to natural disasters such as storm surges. The upshot of this is that our beaches could disappear within this century if Grenadians refuse to take responsibility for their corner of the planet.

India’s Supreme Court recently warned that sand mining is disrupting ecosystems and undermining bridges all over their country. It is also a fact that at least two dozen Indonesian islands have been erased by sand mining since 2005. Is this not enough of a warning for us?

In light of the fact that Grenada has branded itself on the International Tourist Market as ‘Pure Grenada — the Isle of Spice’, surely, the beaches are the first commodity that needs protection.

Friends of The Earth – Grenada

NOW Grenada is not responsible for the opinions, statements or media content presented by contributors. In case of abuse, click here to report.
Tags: beachclimate changecoastenvironmenterosionillegalsand mining
Next Post 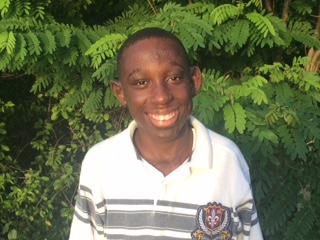