In an exclusive interview with the Public Relations Officer (PRO) of the Public Workers Union (PWU), Brian Grimes expressed his concerns regarding the sustainability of the Union.

Grimes said during his tenure with the PWU he has seen many threats in terms of the sustainability of the Union. One threat he noted thus far is the proliferation of contract work the Government is trying to “perpetuate on the public service… the contract work, the attrition policy” This, he said, has a direct impact on fiscal sustainability. However, he affirmed that the Union is working on this, as they “can agitate to make sure that contract work is not part of the system.”

Another issue which Grimes considers as a greater threat to the Union’s sustainability is “the disinterest that young workers have taken to labour and the Public Workers Union in general.”

According to the young PRO, “If there is no long-term planning or succession as far as the leadership is concerned, then we are in trouble.” He emphasised the need for a transition, which if not done, can create an even greater existential threat to the Union. “Our organisation needs to facilitate the succession of a new generation of labour warriors.”

Continuing to speak about the involvement of young workers between the ages of 18 and 35, Grimes said they “need to make a concerted effort to participate in Union activities.” He went on to affirm that persons who become actively involved in the Union can be exposed to a number of professional and personal development opportunities, including travelling to other regional islands and networking with fellow trade unionists.

Grimes, who has held the position of PRO for over 4 years, said he was groomed for the position he now holds on the Senior Executive. He briefly reminisced on his experiences with the Union, which he said taught him the importance of saving, education in general, and the importance of knowing one’s labour rights. Notably too, Grimes indicated that being part of the Union movement can help to empower young workers and help them to learn and understand their rights.

This year the Union intends to have a number of workshops, covering topics which are geared towards empowering young people and getting them to participate. “Young people are the crux of any movement,” and the Union is no different. Grimes revealed that the Union currently has a Youth Arm, which was created by former PWU President, Madonna Harford.

In closing, Grimes sent out a clarion call to the young workers of the public service to “remember your Union… for your personal empowerment.” 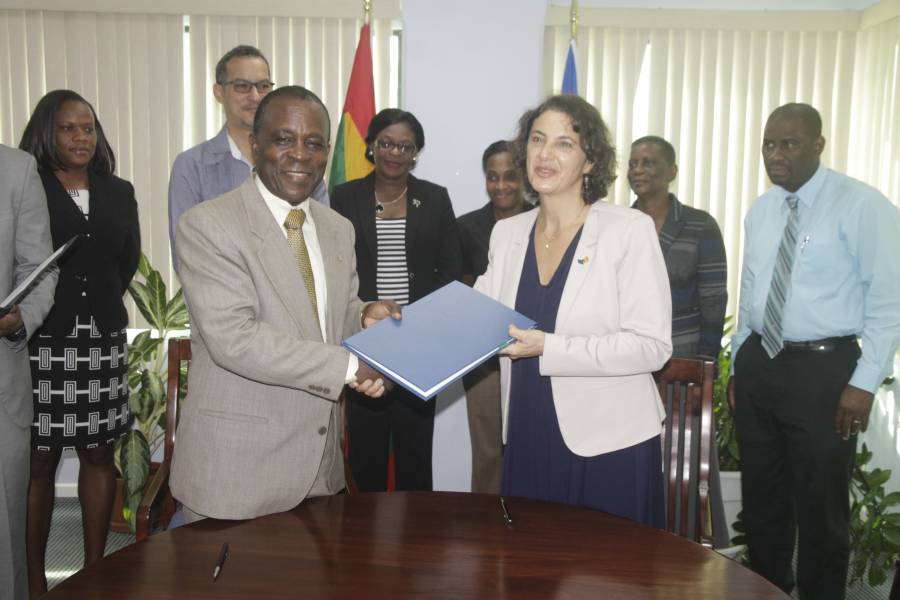