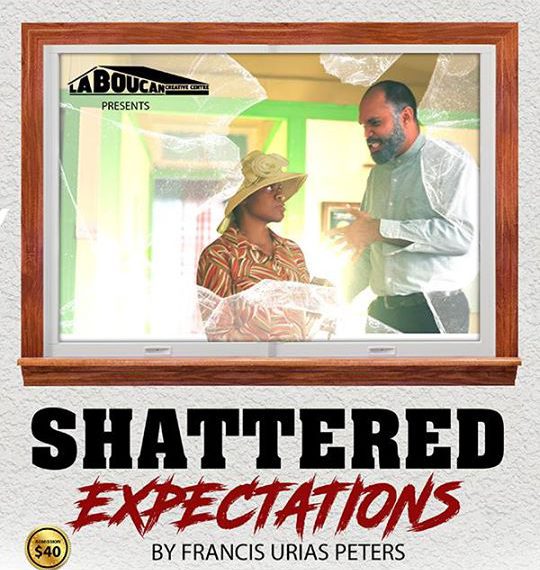 This story was posted 6 years ago
in Arts/Culture/Entertainment, OPINION/COMMENTARY
5 min. read

by Sherry E A Hamlet

Shattered Expectations is a dramatic production, written, directed, and produced by Grenadian playwright Francis Urias Peters. In its 11 December 2016 showing at the Marryshow House, Peters shared a modern re-write of this play with the Grenadian public. This production originally staged over 20 years ago, has been remixed and refurbished to address modern problems in a traditional society, through dramatic staging.

Peters makes use of lighting, sound and freezing, as pronounced dramatic effects that serve to enhance the viewer’s suspension of belief. These elements, skillfully used together, have succeeded in weaving a setting that is this play’s shout of intrigue, reverence, and revenge. Simultaneously, it protests social injustice, economic imbalances, and gender prejudice concerning sexual prowess.

Alexander Moses, the main character, played by Samuel Ogilvie, is a strong, self-made man of society. He has worked the system to yield an educated family and has a conventional wife. When the society he has served so diligently through his actions and his beliefs, betray him, refusing to recognise his hard work, he grapples with retaining the reality he has helped to build. He demands that the lives of the people around him bend to his whim, and crusades his right to revenge and justice.

His son, played by newcomer to the stage Kerry Williams, exhibits qualities of the plot that show issues of man against himself as he fights against his own nature. The need to please his father and build his individuality is certain; he is caught between desires of his past and the needs of his future. He is a modern-day black man that is representative of an educated generation gap fraught to be understood.

The character of Alexander’s wife, played by Feonna Sandy, is the glue that keeps each character relationship tied together. Through Sandy’s character, the most basic themes are realised. Her kind-hearted and gentle tone remind everyone that family is family regardless of strife, and that you should not judge someone based simply by what you can.

The character of Lisa is unafraid to ‘call a spade a spade’ and Rose Bhagwan is the eager, pointed actress, that lets her so do, from fingertips to hips, to hair. Her character is most responsible for reportage during the play, and just as the actress is unabashed in her depiction, so too is her character’s donation to the plot. She uses sharp-tongued dialogue, bold body movement, and often centre-stage to confront head-on, the conflict of man against societal expectations. Lisa walks in and out of the family setting and continues to stir up a sense of movement as the story goes on. Her character is heated, both sexually and intellectually. Lisa exudes without apology, a sense of self-actualization which she conveys to the audience through her presence, despite aggressive dismissals of being of lower class than her fellow cast.

The main characters of the Moses family often mirror Lisa’s emotions. They are heated when she is heated, and calm when she is calm, and this helps the audience stay abreast with the emotional happenings and conventions of the plot. Lisa’s knock at the door become a motif of expectations calling, and trained the audience to expect a shattering of said expectations not long after she has joined each scene.

The freezing technique is repeatedly used to add weight and tension to the romantic interactions within the subplot, as the characters involved remain intimately sheltered in each other. During those moments, they are the primary focus in the theatre, commanding attention, but responding to nothing but each other. Their conflict is potent on stage then, and they pull silence from the viewer.

Dramatic irony is ever-present in the play. The main character Moses keeps the audience interested in the eventual outcome of his life and his strife. He demeans one character for looks, dress code and affiliation at every turn, only to complain of having been so unjustly treated by people of higher economic and social standing than himself in his youth.

The lighting and sound effects work together spectacularly to create a mood on stage, the music helps to create a sense of suspense, moroseness and even ambient sound that transfer the viewer to the time of day and emotion of each scene. The playwright commented, “I believe lighting and sound must be another character themselves; they must speak and add continuity to the play” Francis Urias Peters (2016), and truly they have so done in this recent staging of Shattered Expectations.

The play’s themes are a clear reflection of Grenadian and Caribbean cultural norms and values. The playwright does not shy away from placing these values under scrutiny. The issue of faith, family, masculinity and gender stereotypes are on display. Questions are posed about over sexualisation with the woman as the modern predator, the fragility and ruin of masculinity felt by the Caribbean man, if worth is not validated through society. The traditional household and the propensity for time to turn it into a liberal household meet and do battle on the stage of Shattered Expectations, through the bittersweet experiences of the characters, their dialogue and body language.

The issue of pressure to prove masculinity in the Caribbean, men cannot be overlooked as each character in the play finds themselves on a search for it. Mr Moses in his ability to rule his home and be the provider, and in his son’s desperation not to disappoint his father but stand firm in his own very different life views. In Mrs Moses’ submission to the will of her husband and obedience of her faith in as far as she can stand, and in Lisa’s quest to prove equal distribution of fault amongst the genders.

These issues the play suggests, must first be resolved as the main character Alexander Moses implies ‘in the court of public opinion’ which is to say, members of the audience must consider for themselves, the causes and effects of the over-sexualisation of our youth, the aggressive bravado of the Caribbean man and his need to prove himself by blind obedience to social constructs and the hopelessness of the working man in the face of socio-economic structures of classism. One thing is certain, Shattered Expectations is a theatrical production that dares to ask the questions that we as a Caribbean people need to answer within ourselves, and within our communities, if we dare to rise above moving with the tides of external expectation and towards self-actualization, or we may spend our lives suckling sour grapes.

Shattered Expectations will hold its final showing on 4 February at the Spice Basket at 8 pm.

NOW Grenada is not responsible for the opinions, statements or media content presented by contributors. In case of abuse, click here to report.
Tags: artculturedramafrancis urias petersplayshattered expectationssherry hamletspice baskettheatre
Next Post 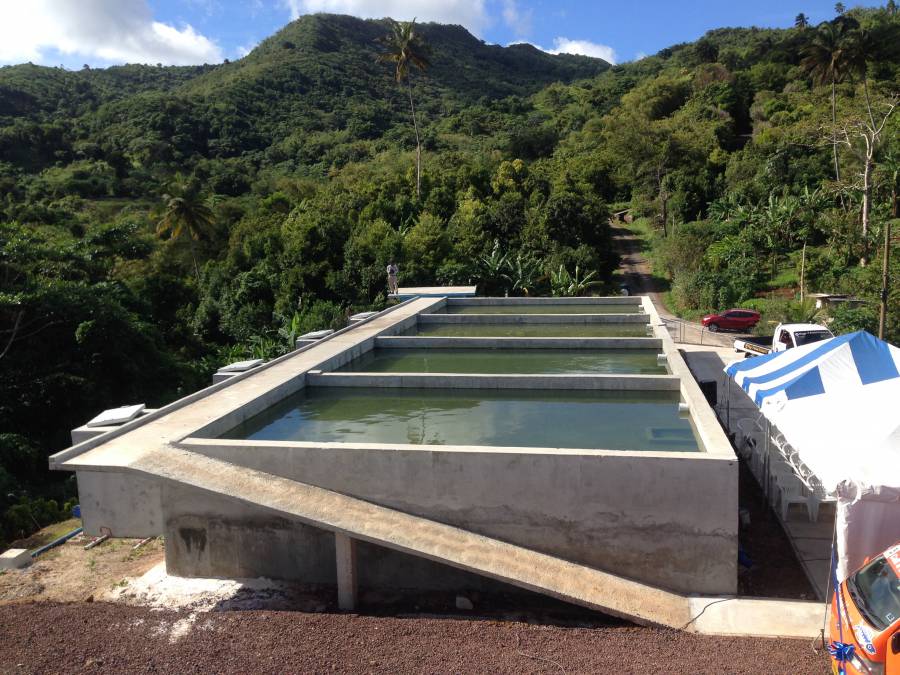