Mental Slavery to Blame; Not Police

Mental Slavery to Blame; Not Police

Nobody from Grenada, but the Gilbert family members, was at Bridgetown mall and police station last October when the Gilberts endured an experience that has generated righteous indignation here and across the Caribbean.

By now, anyone who follows news and current affairs would have heard and read about the Barbados experience of the Gilberts.

We, at Caribupdate Weekly, like the rest of the Grenadian public, are inclined to believe the version of what transpired as relayed by Tamika and Lynell Gilbert. That’s because many of us know the family — headed by Pastor Royston Gilbert — and know them extremely well. They are known to be an upstanding family.

Second, Tamika and Lynell Gilbert, in their media interviews, have been absolutely credible and convincing in the manner in which they recount the incident that they have described as humiliating.

Briefly, the sisters endured an ordeal after being accused of stealing a cell phone. The accuser, a Barbadian store owner, not only made the accusation but complained to police, who showed up in several numbers and carted away the sisters.

But, that was not all. They were on the receiving end of police insulting remarks and made to stoop and cough after stripping naked, in the police search for the allegedly stolen cell phone. No phone was ever found. And, a review of the store’s security videotape produced no evidence that the Gilbert sisters were involved in the theft of a phone or anything else.

“If I had a daughter, I certainly would not want her to go through what I saw reported,” Grenada’s Prime Minister Dr Keith Mitchell said, in reacting to the incident of the Gilberts with the members of the Royal Barbados Police Force. “I know the family,” said Prime Minister Mitchell. “They have a very good history, in terms of their character and conduct in their society. I don’t know them to be the type of family to walk in and do what I saw reported.”

According to well-known Grenadian attorney, Ruggles Ferguson, the ‘lawless behaviour’ of the Royal Barbados Police Force “must stop and must stop now.” We agree with Mr Ferguson 100%. He says the Gilbert sisters are ‘aggrieved and outraged’ and intend to take legal action against the Barbadian police.

What adds veracity to the allegations by Tamika and Lynell Gilbert are the many complaints from others here and in the Caribbean, who have reported similarly horrendous treatment at the hands of Barbadian police. Arguably, the most infamous incident involved Jamaican Shanique Myrie.

Ms Myrie was denied entry into Barbados in March 2011 and held in immigration custody. The Jamaican woman alleged mistreatment by Bajan authorities, including being ‘finger raped’ during a search for drugs. She filed a lawsuit and the Caribbean Court of Justice ruled in her favour. The court awarded Ms Myrie more than BDS$77,000 in damages.

Some upset Grenadians have been calling for retaliatory action, such as a boycott of Barbadian goods and services.

Indeed, the behaviour of the Bajans is unbecoming and Grenadians are understandably apoplectic. However, we caution about becoming too smug, as a people and as a nation.

We need to recognise that what we are dealing with is not just a Bajan problem. We are certain that most Barbadian cops, including those attached to the country’s immigration department, are good and decent people in their private family lives.

What we are confronting is an institution — policing — that allows extensive powers to its members. Police — whether in Barbados, Grenada, Trinidad, Jamaica, the United States or elsewhere — often wield their powers abusively and with impunity, and rarely are they punished.

So, the cops are not to be wholly blamed. It’s really the system; a system, which includes our magistrates, that is present in every society that is built on racial divisions, classism, wealth and status, colonialism and the oppression of one group by another. All police forces promote the motto, “To Serve and Protect,” or some variation of the motto. But, in truth and in fact, from the inception of policing — officers were recruited and trained as a tool and an instrument to be deployed primarily in the interest of the wealthy, dominant class of citizens. In multi-racial, multicultural societies, the targets of police action invariably were non-whites.

Give our former British colonial rulers credit. They did a superb job training us across all sectors — as police officers, lawyers, magistrates, public servants, and other ‘professionals.’ The training, coupled with our self-hate, have made many black people the worst enemy of other black people; and many Caribbean people the worst enemy of other Caribbean people. Most wouldn’t recognise it or acknowledge it. But, it’s true.

So, as we beat up on those Bajan police officers for their disgusting behaviour, let us in Grenada also examine ourselves. We are not squeaky clean. As individuals, we also have been unkind to, and have engaged in gratuitous name-calling of, Vincentians, Barbadians, Haitians and other Caribbean nationals visiting or living here. Rudy Grant, a Barbadian, was appointed the first CEO of the Grenada Tourism Authority (GTA). Perhaps, it was an atrocious choice of CEO by the GTA; but, there is no denying that throughout the tenure of Mr Grant, his suitability, qualification and talent for the job were questioned by some. On the other hand, nothing but utter deference has been extended to new CEO, Ms Patricia Maher, by Grenadians.

Consider, too, who the Grenadians are that Jerry Seales and other magistrates regularly send to police stations to be stripped to their bare buttocks to be flogged by officers of the Royal Grenada Police Force.

Never have we ever heard of a white person — local or foreigner — who has committed an offence, and found guilty in a court of law, being ordered to be flogged on his naked behind. We’d bet that we’ll never see that happen anywhere in Grenada, Carriacou and Petite Martinique.

To prevent repeated occurrences of incidents like those meted out to Shanique Myrie and Tamika and Lynell Gilbert, and to halt the abuse of citizens by officials in positions of power in Grenada and the rest of the Caribbean, a conscious effort must be made to emancipate ourselves from mental slavery.

Emancipation from mental slavery and an end to self-hate, will go a long way to solving many of the ills besetting Caribbean societies and engender a change in attitude from all, including local magistrates and Barbadian police.

NOW Grenada is not responsible for the opinions, statements or media content presented by contributors. In case of abuse, click here to report.
Tags: attitudebarbadoscaribupdateconductgilbert familygtalynell gilbertmental slaverypoliceruggles fergusonshanique myrievisa
Next Post 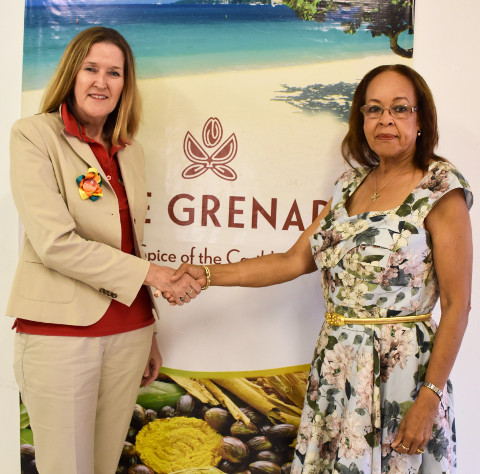