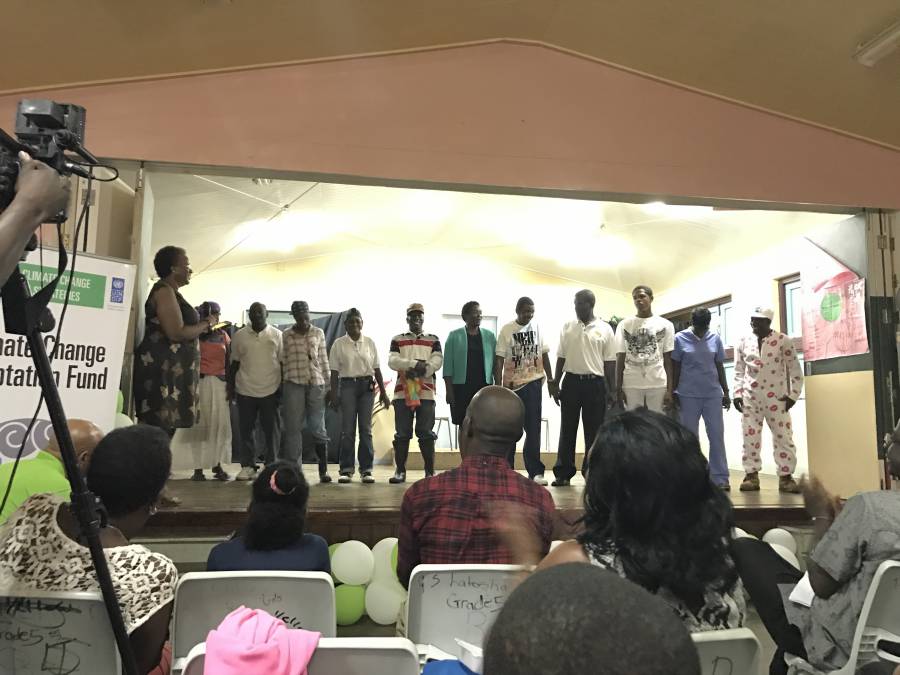 This story was posted 5 years ago
in Arts/Culture/Entertainment, Environment
2 min. read

‘Dem Was Times’ — an exciting Climate Change education awareness theatre production, was staged on Saturday, 11 March 2017 by the North East Farmers Organization (NEFO) in collaboration with the Heritage Theatre.

The performance presented at the Constantine Methodist School took the audience to the ‘old days’ where the community of New Hampshire was considered industrious. Residents farmed, sold produce to the market and made Mountain Dew (under the counter rum). The way of life in the community has changed since with less fertile soil, more erosion of the lands, deforestation and excessive use of fertilisers. ‘Dem Was Times’ is a demonstration of what NEFO is doing in response to climate change and is encouraging the community to come on board.

From a recent study on Climate Change, 40% of Grenadian still don’t know what it is and the Environmental Unit through a UNDP integrated climate change adaption strategies (ICCAS) project is creating a platform for discussing climate change in rural communities through Grenada, Carriacou and Petite Martinique. There were approximately 200 persons present at the event from the surrounding communities of Boca, Beaulieu, New Hampshire, and St George’s. Actors from the Clozier Cultural Group, who staged the first community climate change education awareness play, were present. The overarching goal of the play was to make individuals become more aware of the concept of climate change and the methods to adapt including the planting of trees and terracing on the hillsides.

It is anticipated that the individuals present at the event would be able to have a better understanding as to what is happening in their community as a result of their actions, as well as they would be able to make a positive change and difference in their community to reduce the practices they are currently engaged in, in order to adapt to the effects of climate change.

This activity is part of their Climate Change Education Awareness Project that is currently implemented by the Environment Unit of the Ministry of Education Human Resource Development and the Environment on behalf of and with funding from the German Federal Ministry for the Environment, Nature Conservation, Building and Nuclear Safety (BMUB) under its International Climate Initiative (IKI), to assist Grenada to adapt to climate change.

NOW Grenada is not responsible for the opinions, statements or media content presented by contributors. In case of abuse, click here to report.
Tags: climate changecommunity theatredem was timesheritageiccasnefonorth east farmers organizationundp
Next Post 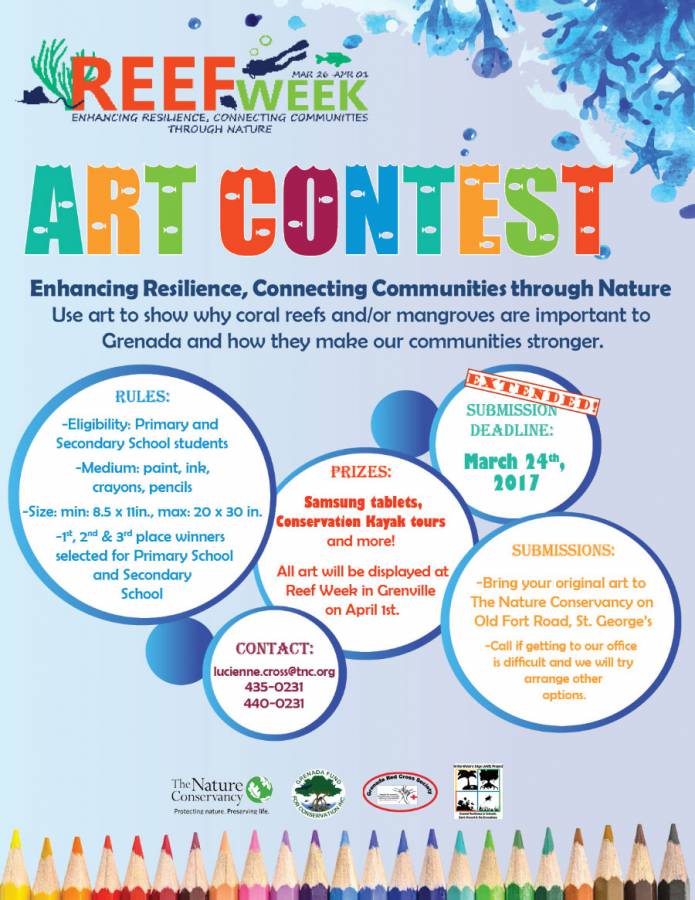