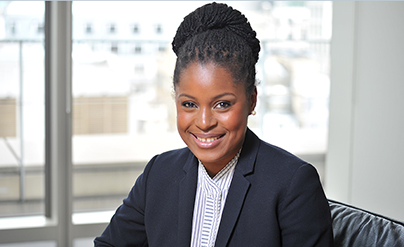 by Donella Hosten and Linda Straker

Former Calypsonian and Island Scholar, Mrs Akima Paul Lambert has been approved by Cabinet to be Grenada’s Non-resident Ambassador to the Vatican and the Ambassador to the Court of St James in the United Kingdom.

Minister Nickolas Steele, during this week’s Post Cabinet Briefing, announced that Mrs Paul is doing this “on her own expense,” and they Government would like to thank and congratulate her for taking this step forward. He confirmed that the newly elected appointee is doing this without receiving a salary. “She will be doing it at her own expense,” said Steele as he explained that her duties will commence once the both States accept her nomination.

According to the Minister, Akima’s appointment came as a result of Government’s recommendation. However, the United Kingdom has to go through the process of approval, which takes a few weeks. He said both the Vatican and the Court of St James have to do their separate research on the individual before the process is completed and Mrs Akima Paul Lambert is officially appointed.

Mrs Lambert is presently a Litigation Associate and a member of the London Law Firm,Debevoise & Plimpton LLP, working in its Commercial Litigation and International Dispute Resolution Group. Her practice focuses on complex and commercial litigation, cross border investigations and arbitration.

With respect to Grenada’s former Ambassador to the UK, Mr Carl Hood, Minister Steele said he is waiting on information from the Ministry of Foreign Affairs.