Why Grenada’s National Debt is Falling

Why Grenada’s National Debt is Falling

A leading official of the International Monetary Fund (IMF), has identified 4 areas responsible for the dramatic decline of Grenada’s national debt under the Keith Mitchell-led government.

Nicole La Framboise, the head of the IMF mission on a recent trip to St George’s says debt relief and restructuring, fiscal adjustment and strong GDP growth are the factors triggering a big fall in the public debt.

The IMF official says restructuring accounted for a third of the decline of the national debt while the move from deficit to surplus helped the reduction by another 10%.

“Debt has been reduced by the efforts of the government to restructure to meet with its creditors and work out an arrangement to either reduce the actual principle owing which they did with a lot of creditors and/or restructure the payments. You had strong growth. That accounted for approximately 19% of the decline in the ratio,” La Framboise said.

La Framboise told a news conference here last week that public debt is forecast to fall to 72% by the end of the year, a drop of 36 percentage points from its peak of 108% in 2013.

The Grenada government is attempting to slash debt-to-GDP ratio to 55% by 2030. “As a member of the Eastern Caribbean Currency Union (ECCU), there is a formal agreement to reduce their debts to 60% of GDP by 2030,” La Framboise explained.

“So when this government was developing its own programme, they also wanted to go a little further and they chose a target in the medium term of 55% GDP. And that is the target laid out in the fiscal responsibility legislation”.

NOW Grenada is not responsible for the opinions, statements or media content presented by contributors. In case of abuse, click here to report.
Tags: debteccufinancegdpgisimfinternational monetary fundratioreduce
Next Post 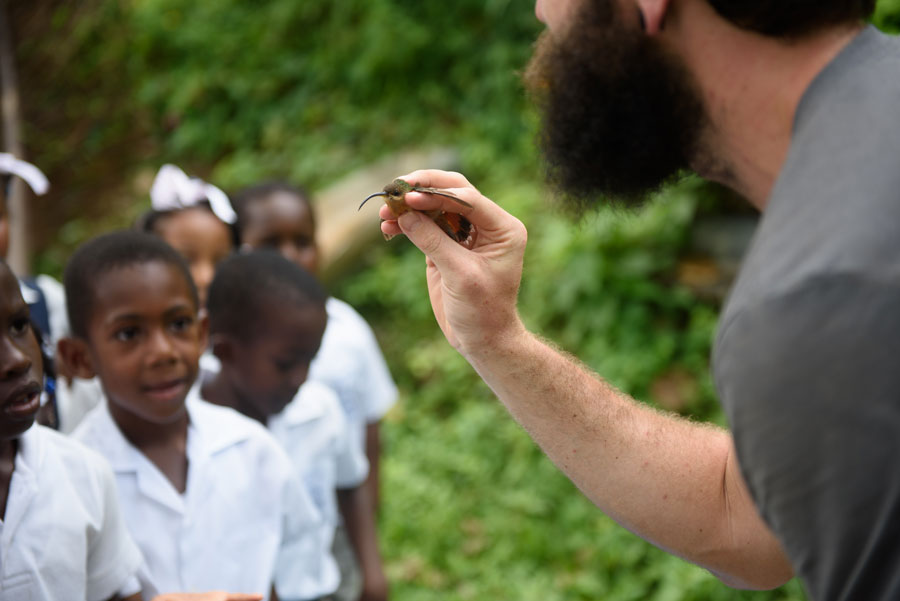 Grenadians and Canadians Contribute to Conservation and Education