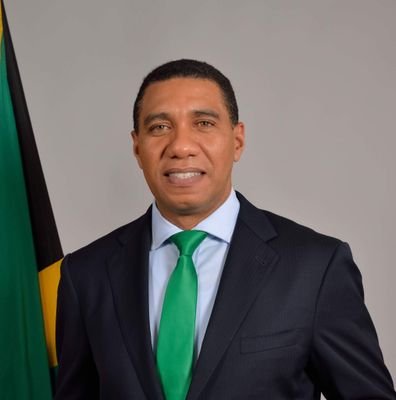 Jamaica’s Prime Minister Andrew Holness will be the featured speaker when the ruling New National Party (NNP) led by Dr Keith Mitchell holds its annual convention on Sunday, under the theme “NNP building our country and uniting our People.”

Simon Stiell, Public Relations Officer of the Party said that Holness will be speaking during the closed-door session of the convention, which is scheduled to commence at 9:30 am at the St Andrew’s Anglican Secondary School (SAASS).

“He will be sharing his experience with the delegates — and most importantly he will be delivering a motivational address to our delegates, as we focus on building the Party and uniting our membership,” said Stiell.

Among other things, the closed-door session will have various executive members presenting reports, the membership passing resolutions, and ending with the election of a new executive whose task will be to administrative the affairs of the party for the next year. All offices are up for re-election.

The day’s function will end with a rally in which the Political Leader will address the broad membership on the decision made at the Convention, as well as review the achievement of the Party who was elected to run the administration of the country in February 2013. “We expect hundreds of our supports to turn out to the rally,” said Stiell.

Party officials said that following the national convention, the Youth and Women’s Arms of the Party will be having their own conventions in the coming weeks.

A general election is constitutionally due no later than mid-2018.